More than a million people in France and French territories benefit from Total Quadran’s green energy solutions. A number set to rise with the increasing adoption of renewables by customers 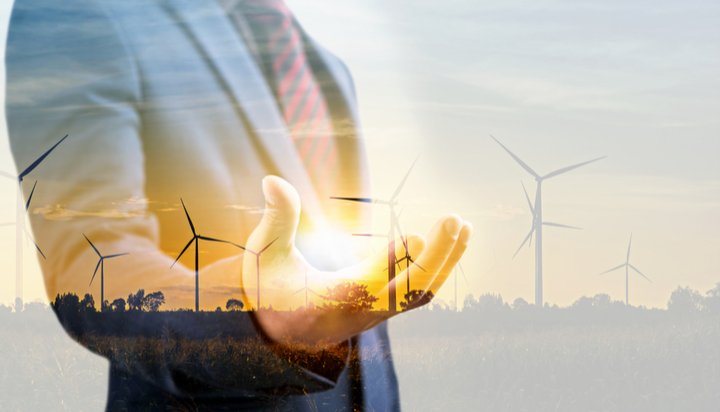 Image: Shutterstock
Using mainly wind and solar power, along with hydroelectricity and biomass, Total Quadran now has more than 300 sites producing 1793 GWh/year of energy, with a saving of close to 590,000 tons of CO2 emissions, compared with traditional methods of energy production.

The 100% renewable developer and producer has a firm foothold in mainland France, with 17 teams working across the country. It also operates in: New Caledonia, Guadeloupe, Martinique, Reunion and Guyana.

Total is proactively building a portfolio of electricity and renewables operations, with the aim of them accounting for up to 20% of its sales mix by 2040. One part of the Group’s ambition to become the responsible energy major.

A pioneer of renewable energies in France, Quadran was founded in 2013. Remi Bourgeois is Total’s VP operations for renewables, he says Total Quadran is a natural fit for the Group, “their way of working is flexible, agile and innovative, with all sorts of new energy and storage solutions being developed. They work throughout the value chain from innovative projects all the way to operation and maintenance.”

“France’s renewables strategy is very specific in terms of regulation and governance, we monitor the situation closely and follow rules to the letter so we can be competitive,” explains Bourgeois, “take the French market for solar modules, in many instances they have to have a low carbon footprint, which can limit the number of module suppliers.”

“Total Quadran has capitalized on being part of a large group like Total, which has the necessary expertise when it comes to managing projects,” he goes on, “It has the reputation and strong financial footing to allow teams to scale up fast and to collaborate with more experienced players.” 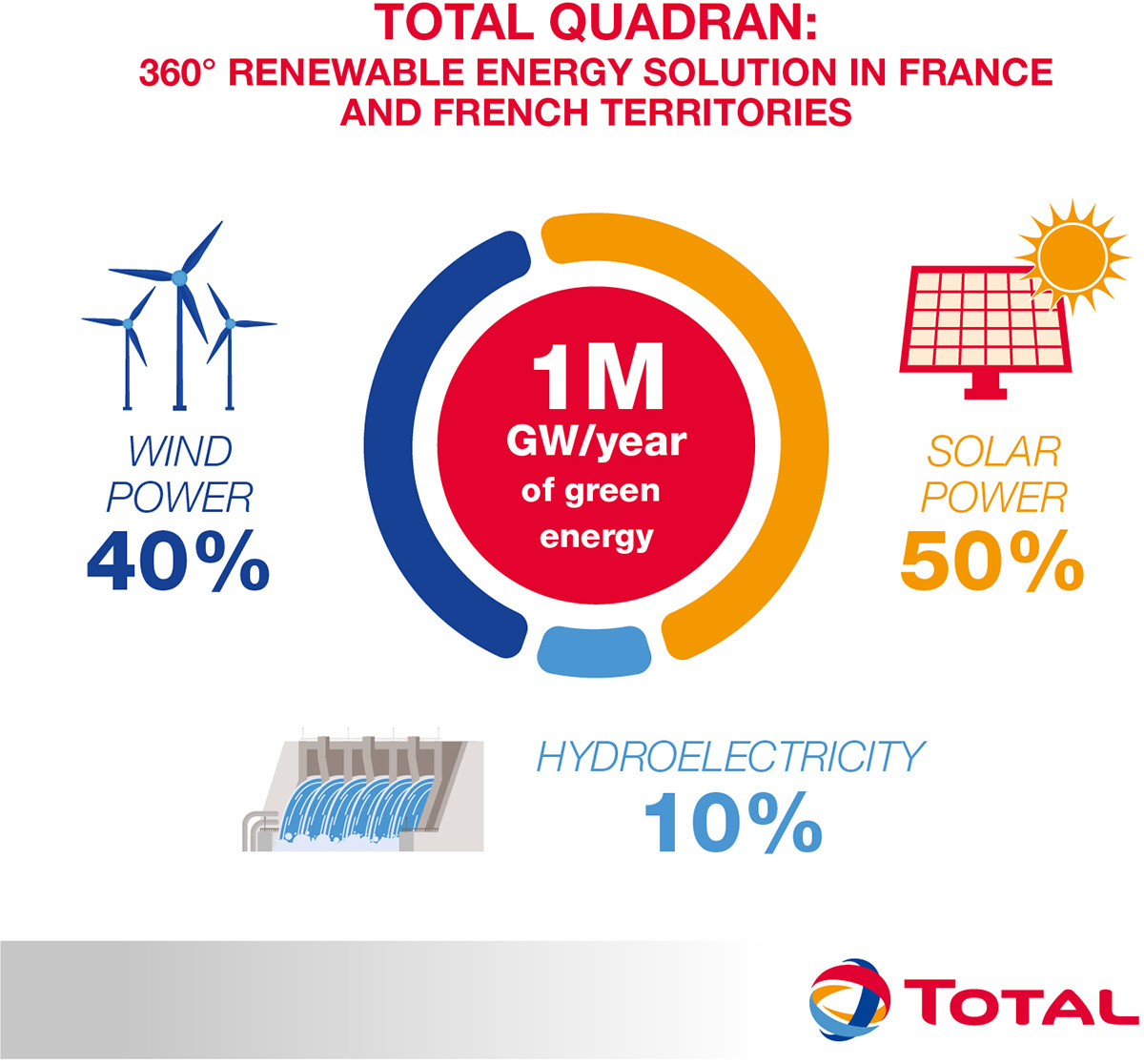 A solid presence on the ground and close long-term relationships with partners in renewables means growth. “We have made a series of acquisitions, for wind — Global Wind Power France and Vents d’Oc. In solar, we’re targeting all markets, from the smallest to the most complex and have been collaborating with Amarenco on rooftop solutions and with InVivo on agrivoltaics,” says President Thierry Muller, who has worked more than a decade at the very top of the renewable energy sector in France. He spent 29 years at EDF before moving to lead Total Quadran in August 2019. 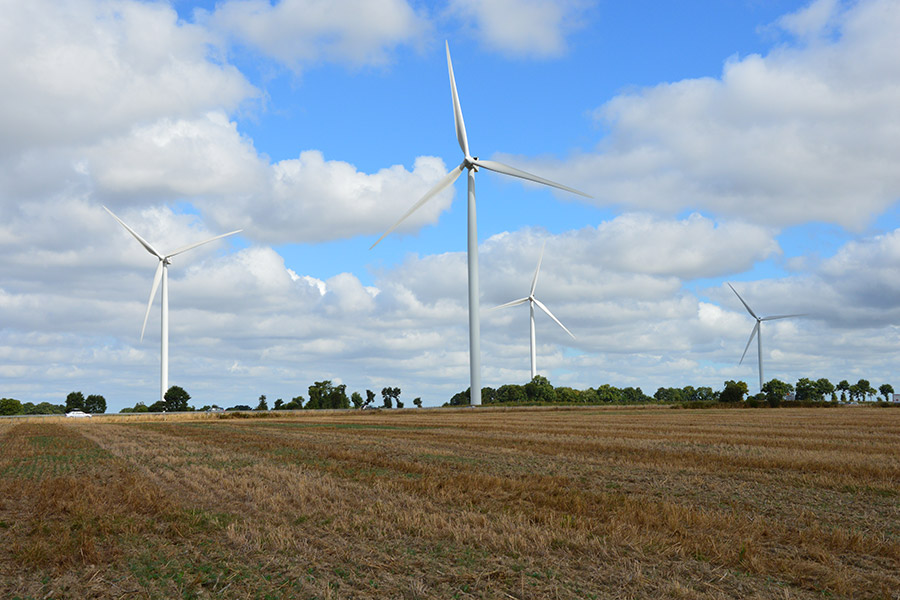 Synergy probably best describes Total Quadran’s approach. “We deliberately chose to establish our teams in the regions, where they can be close to the projects. We know the future of renewable energy rests on the local and regional actors taking their part. To engage, we have to be present and available on the ground,” he says.

In late 2019, as part of a public-private partnership in France’s southwestern Gironde region, Total Quadran oversaw the Saint-Magne project, an installation of 40,000 solar panels over 22 hectares. The expected electricity output of 15.060 MWh/year is enough to provide electricity for nearly 13,000 people, saving 50,000 tons of related CO2 emissions a year. 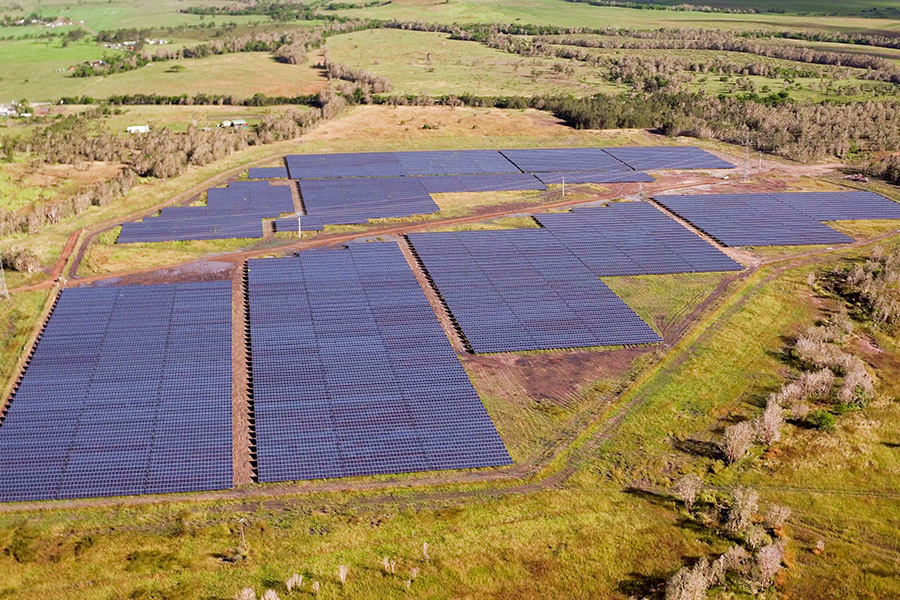 The holistic business model runs to financing as well, “to fund Saint-Magne we partnered with regional investment fund Terra Energie, who part-own the solar plant,” explains Muller, “we also crowdfunded, which means people living in this region have a tangible stake in the project.”

“Keeping local people who have to live with the solar plant on their doorstep engaged can make or break a venture,” he continues, “It’s taking up a lot of space and it will be there for 30 years, so that impacts on them directly.”

As it scales up quickly, Total Quadran’s level of stakeholder engagement no doubt plays a part in its success. The team recently won the tender for France’s biggest ever solar farm, opening on the outskirts of Valenciennes, close to the Belgian border, in 2022. Providing electricity for 32,000 people with an output of 50 MWh/year.

Total Quadran is constantly seeking out new approaches and partnerships to increase the quantity of renewable energies in France and its territories.

Agrivoltaism, which marries production of solar energy and production of crops on the same site, is one such approach. It can mean a new lease of life for land that is difficult to farm because the soil is not fertile enough or the land is not exposed to the right elements. This sort of project can, in the longer term, create jobs by increasing the productivity on otherwise poorly exploited land. 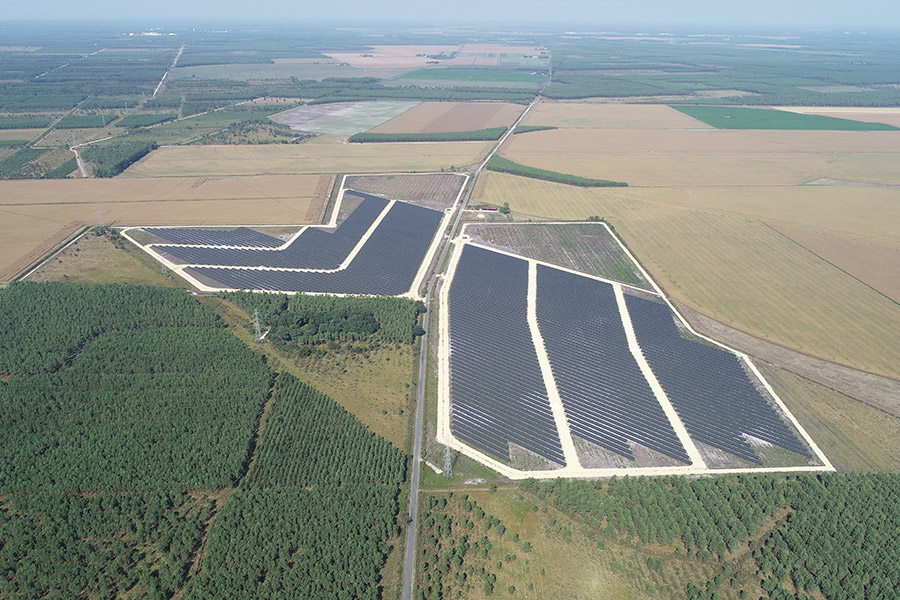 “We are using the very latest techniques in agrivoltaism. That means working with teams who really know the technology,” says Muller, “we’re partnering with the biggest cooperative in French farming, InVivo, so we can make what’s needed available where it’s needed. We want to add value to agricultural production, everybody in the chain benefits.”

In March 2020, Total Quadran reached an agreement with Germany’s Next2Sun to roll out its innovative bifacial photovoltaic technology on the French market. The tech, which uses specially designed mounting for vertically positioned bifacial panels, delivers maximum energy during periods of high consumption, including dawn and dusk — where conventional photovoltaic mounting does not always work. Crops can also be protected from excessive exposure to wind or sun by cutting-edge designs. 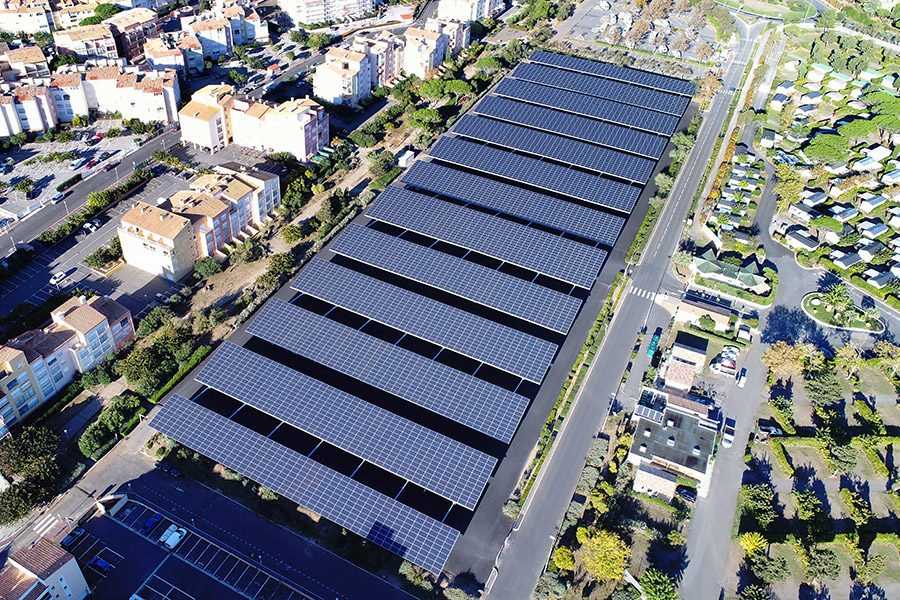 Total Quadran is forging ahead. “We have an installed capacity of 1,000 MW already. With the current phase of very strong growth we’ve doubled our production in less than a year from 120 MW in 2019 to 250 MW in 2020. By 2025, Total Quadran will have contributed nearly 4 GW to the Group’s overall renewables objective,” says Muller, “and we’re aiming for a renewable electricity generation capacity of 35 gigawatts by 2025 across all Total affiliates.”

A figure that proves that Total’s commitment to renewables is not limited to France and that the Group will continue to expand its business to become one of the world leaders in renewable energies.