It will work with partners to investigate how hydrogen and carbon capture can help reduce carbon emissions from its 2.2GW gas-fired power station 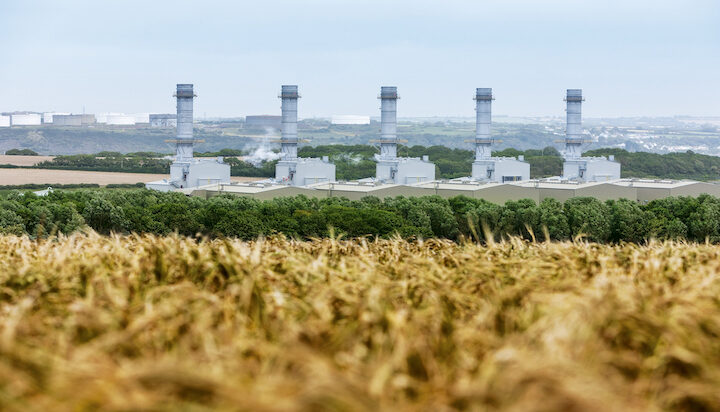 RWE has announced plans to study the feasibility of carbon reduction options at its Pembroke gas plant in Wales following funding from the government.

It will work with partners to investigate how hydrogen and carbon capture can help reduce carbon emissions from its 2.2GW gas-fired power station.

It also plans to explore the feasibility of establishing a new green hydrogen production facility to support partners that are part of the South Wales Industrial Cluster (SWIC), which was awarded £20 million by Innovate UK and the Department for Business, Energy and Industrial Strategy (BEIS).

Tom Glover, Chief Commercial Officer, RWE Renewables and RWE UK Country Chair said: “We are delighted to be part of the South Wales Industrial Cluster and with the funding that has been awarded today by Innovate UK. The cluster brings together industrial partners to help investigate and unlock the potential options for decarbonising the region’s industrial processes. As one of the world’s renewable energy leaders and with an in-depth knowledge of hydrogen, we believe it is a perfect fit for RWE.

“Pembroke is the most modern and efficient gas power plant in the UK and will play a vital role in supporting the energy transition over the coming years. It is important to understand the potential of hydrogen and carbon capture opportunities to ensure cleaner energy and industry in the coming years, as well as helping to secure skilled jobs for the region.”

SWIC is a consortium of Wales’ major industry, energy, infrastructure, law, academic and engineering organisations and has been successful in securing support from the public and private sectors for a range projects including the production and use of a hydrogen supply, carbon capture usage and storage (CCUS) and CO2 shipping from South Wales, which would be the first CO2 shipping industry in the UK.

Together, these projects can decarbonise industry and power in South Wales and create a net zero emissions industrial zone by 2040.