Imperfect Foods pledges to deliver a net zero company by 2030

In 2020, the company’s last mile delivery emitted 12,800 fewer tons of CO2 than trips to traditional supermarkets – the equivalent of taking 2,800 cars off the road for a year 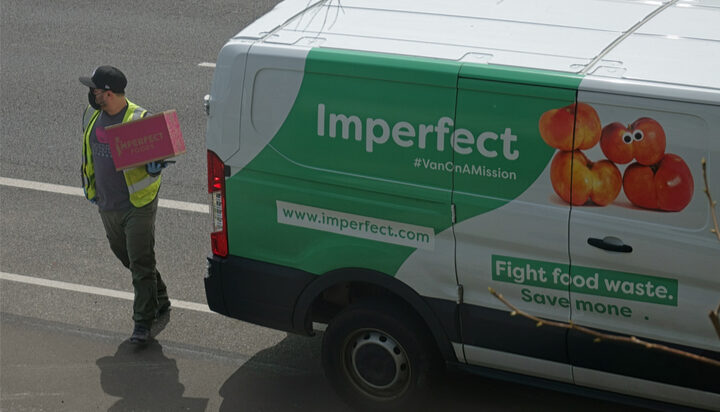 Imperfect Foods, a sustainable online grocery service, has made a commitment to become a net zero carbon company by 2030.

It was founded in 2015 with a goal of eliminating the 40% of food thrown away in the US every year and began by sourcing “ugly and surplus produce” that didn’t meet conventional grocery store standards and delivering it directly to customers.

The company has since expanded its categories and distribution to include everyday grocery and pantry items to create an “even bigger impact” on the food system, partnering with growers and producers who share their mission.

In 2020, Imperfect Foods’ last mile delivery emitted 12,800 fewer tons of CO2 than trips to traditional supermarkets – the equivalent of taking 2,800 cars off the road for a year.

It also purchased 7,921 tons of post-consumer recycled packaging and saved more than 52 million pounds of food.

Imperfect Foods is proud to announce that we will be a net-zero carbon operation by 2030 — 10 years earlier than major retailers and 20 years before the Paris Climate Agreement deadline. Learn more about our commitment: https://t.co/UW7hPObiOG#netzeroemissions #climateaction pic.twitter.com/D2HNco7MZN

Imperfect Foods is now working to mitigate waste at all points of its business and plans to build its first facility certified zero waste to landfill, operational by 2022, with a total of six certified facilities in operation by 2025.

It is also working towards converting all six of its fulfilment centres to 100% renewable power by 2026 and having a fully electric vehicle fleet by 2027.

In addition, the company plans to increase and improve its regional sourcing by 15% by 2022 to reduce the number of trucks on the road transporting food, continuing to deliver orders once a week to each postcode it serves to limit carbon emissions.

Imperfect Foods CEO Philip Behn said: “Sustainability is at the core of everything we do at Imperfect Foods but we know we can do more to drive change.

“To further our fight against climate change, we are committing to be operationally net zero. We want to empower consumers to make better choices and know that the shopping decisions they’re having have adirect impact on the health of our planet.”