The powerful impact of collaborative procurement 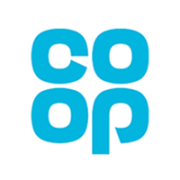 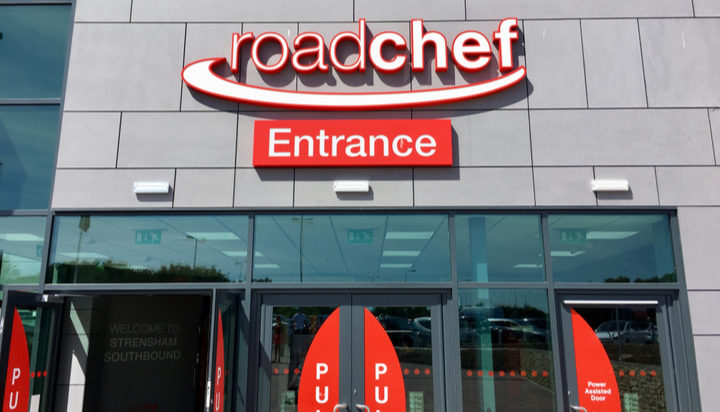 Roadchef is one of the UK’s most recognised operators of service stations, ensuring more than 52 million customers a year can take essential breaks when driving along motorways and major trunk roads.

A long-standing user of brown energy, ie from non-renewable sources, the company’s operations team had a direct relationship with its energy provider, cultivated to achieve greater savings by group purchasing energy for the whole estate while cutting out the middleman.

This relationship was important as the director of supply chain management and head of charity Mike Jackson was determined to negate what he saw as the “challenge” of working with energy brokers as well as the complicated and time-consuming process of searching for providers.

“With so many to choose from, finding the ‘right’ third party for the business was a challenge,” he says. “Additionally, as a motorway service area operator with 30 locations across the country, we had a lot of unique requirements we wanted to fulfil.”

When the energy supplier increased its prices without advanced warning, the in-house procurement team felt the relationship had been compromised and in early 2019 decided to look for a new provider that could support the complexities of its widespread infrastructure. And while cost saving was of course key, this was no longer the only driver.

A new provider presented an opportunity to make other changes, ones that would support the company’s environmental goals. Jackson says: “We were all determined to build on Roadchef’s commitment to operate in a sustainable way. We were the first motorway service area operator in the UK to introduce solar panels to most of our sites, creating some green energy to power our business.

“But with such a significant spend still on brown energy, we needed to work with a partner who could deliver savings and manage our budgets, to avoid unforeseen spikes in charges; but also one that had the vision and the means to help us address our energy saving and zero carbon goals.”

The UK energy market functions in a largely conventional manner, with variance between cost though less between practices. But this has changed in recent years, with several energy companies creating new business models that free customers from the dichotomy of either working directly with a supplier or through a broker.

Co-op Power is in this category; however, it faced some initial hurdles, especially as the potential client hadn’t even heard of them. Martin Garry, enterprise energy manager at Co-op Power says: “I might even go as far as to say they didn’t know we existed.”

As well as gas and water, Co-op Power supplies renewable electricity, enabling companies to buy up to 100% renewable electricity. Unlike many traditional energy brokers, it is also dependent on the same electricity supply as its clients, for its own retail, legal and funeral businesses, so the company sits in the buying group alongside customers, where it negotiates energy deals for everyone’s best interests.

On learning about this interest in working differently, Garry says the company’s story struck a chord with the team. “We knew that Roadchef had been burned in the past. As well as working with this same energy company directly, Mike’s team had previously sourced energy through brokers and agencies,” he says. “After enjoying a great initial relationship, Roadchef found their main point of contact would change frequently, or the firm as a whole would be acquired and change.

“There were plenty of initial meetings and conversations about risks and opportunities. We agreed, as a team, to really invest the time in them. They’re a multi-site operation working hard to achieve greater sustainability – we could relate. We gave Mike and his team access to our experts, everyone from our account management leads through to the top. It soon became clear that this hadn’t been afforded to them in the past.

“Our first review of Roadchef’s needs was around their energy procurement process. Their existing supplier had the main control and there didn’t seem to be a true customer-driven hedging strategy. This came to light when we compared what they were paying to what our members were paying – they couldn’t quite believe it. It wasn’t so much Roadchef were doing anything wrong, it was more their supplier wasn’t working hard enough for the team’s benefit.”

From April 2019, after completing a tender process, Roadchef began trading with Co-op Power across the bulk of its estate, initially focusing on meters and the procurement of green electricity. Wider talks began on meter operator agreements, the operator’s gas supply and a roll-out across the rest of estate. All sites were transferred in less than three months and, more recently, Co-op Power has started taking steps to also manage the company’s water supply.

Co-op Power achieved energy cost savings of almost £600,000 for Roadchef within the first 12 months, compared to the existing supplier’s renewal offer. “Our financial targets for the year had been to make a saving of £200,000, which makes this saving all the more staggering to say green electricity is really just part of the package,” says Jackson. “Our CO2 emissions have dropped by almost 11,000 tonnes. Or, to speak the language of a roadside operator, the equivalent of travelling just under 40 million miles per year. We can really start to consider the next steps in our net-zero journey now.”

In addition to cost savings, the working relationship has been a defining factor for Roadchef and remains so.

Jackson says: “Clear communication remains consistent, as well as the opportunity to speak to the wider team and not simply an account manager. The team isn’t fazed by questions on our account and come back straight away. We can also put questions about the wider energy sector directly to an industry expert, which is invaluable.

“We never feel as though the sales team is just routinely rolled out to us, or that the bells and whistles we saw at the beginning have dropped off in any way. We definitely feel like a member, rather than a client,” he says.

Procurement and SCM is often misrepresented as a fast-food style business, where a successful outcome is securing the cheapest deal in the shortest time possible for mutual convenience. But increasingly, the profession is throwing off this assumption with more and more examples of businesses investing in longer lead times for better outcomes.

In this case, the extra time taken to communicate and accrue knowledge also helped to build trust. Jackson says: “The team seemed knowledgeable and presented a strong proposal that stacked up. They invested time in getting to know the business. In fact, we were talking for six months before the final agreement came to be. It might seem a long time, but we realise that it was what we needed and it was a worthwhile use of our time.

“Managing our energy needs and future objectives was key, so prior to partnering with Co-op Power we made sure to speak with numerous businesses, while also enlisting the help of category experts to aid our decision.

“The transparency of it all really bowled us over, as did the prospect of working with a body that had the same goals, working with the same resource at the same price, solving the same problems together. I hadn’t anticipated that green energy could be so cost-effective.”

This article was originally published in Supply management.