The pathway to COP

2021 is going to be all about COP26, so make sure you’re up to speed – here’s everything you need to know 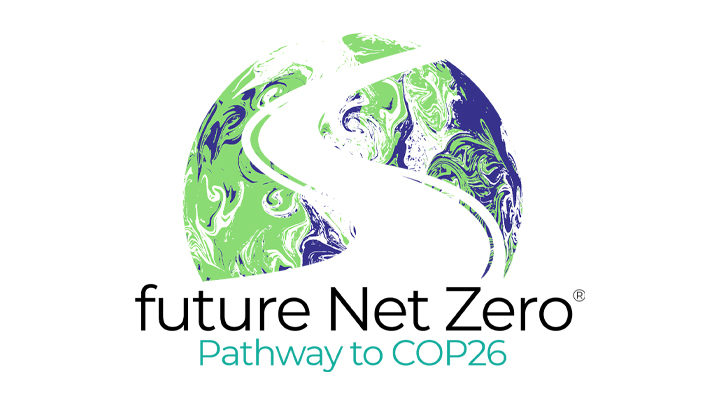 The UK has been designated the host of the 26th UN Climate Change Conference of the Parties (COP26), which will be taking place in Glasgow between 1st and 12th November 2021. The event was originally scheduled to take place last year, but was postponed due to the COVID-19 pandemic.

COP refers to the decision-making body of the United Nations Framework Convention on Climate Change (UNFCCC), which is a treaty signed by 197 countries in 1994.

These nations have to regularly report to the UN on their climate policies and measures, as well as disclose their yearly emissions. Developing countries have to report less regularly – they submit information about their actions, both to address climate change and how they plan to adapt to its impacts

World leaders from the nations signed up to the UNFCCC, will attend COP26 to share their nation’s progress on delivering the goals set out in the Paris Agreement, explore new, sustainable ways of maintaining and growing global economies and share knowledge on how best to tackle the existential threat of climate change. Other delegates will include academics, business leaders, think tanks and NGOs from a range of backgrounds and sectors.

Alok Sharma has been appointed the full-time President for COP26 and will lead the UK’s efforts to drive coordinated climate action.

It all started in Berlin…

COP26 has been widely described as the most important climate summit to take place since the Paris Agreement was signed in 2015, when countries agreed to limit global warming to 1.5°C – but what came before?

The UNFCCC was conceived in 1992 and officially launched in 1994 – COP was established as the Supreme Body of the treaty and the association of its members, who came together at the first COP meeting in Berlin during March, 1995. Since then, COP has met on an annual basis to track progress and plan the global journey towards eventual decarbonisation.

The Kyoto Protocol extended the UNFCCC treaty and committed to tackling climate change by reducing global emissions to “a level that would prevent dangerous anthropogenic interference with the climate system” – specifically, it targeted the reduction of carbon dioxide, methane, nitrous oxide, hydrofluorocarbons (HFCs), perfluorocarbons (PFCs) and sulfur hexafluoride (SF6).

The protocol agreed that it was highly likely that human behaviours were causing climate change and concluded that industrialised countries must take the bulk of the responsibility for driving down greenhouse gas emissions and tackling climate change, as they are responsible for much of the historic footprint and generally have more resources available to fight the problem.

The UN states that despite the Kyoto Protocol setting a range of emissions reduction targets, which were delivered by 36 of the nations that signed the treaty, global emission levels continued to rise by nearly a third between 1990 to 2010 – clearly, more decisive action needed to be taken.

The most famous COP summit to date is undoubtedly COP21, which took place in France and spawned the Paris Agreement.

The historic deal saw 196 nations enter into a legally-binding pact to limit the rise in global average temperatures to well below 2°C  above pre-industrial levels and aim to limit this increase to a more ambitious 1.5°C. In order to deliver this, many countries are now striving to deliver a carbon-neutral global economy by 2050 and to decrease the use of fossil fuels in their energy mix, transport and industry year-on-year.

Signatories of the Paris Agreement also publish plans on how best to adapt to the inevitable impacts of climate change and work to make financial flows consistent with a pathway towards decarbonisation.

Despite the Paris Agreement being widely considered as an essential driving force for climate action across the world, not everyone is a supporter. Former President Donald Trump infamously withdrew the US from the treaty on the grounds that it would “undermine” the US economy and put the country “at a permanent disadvantage” on the global stage, as he worked to reopen polluting coal mines and boost the US’ domestic fracking industry.

Joe Biden has since reversed this move, reinstating the US to the Paris Agreement only hours after entering office among a flurry of climate-focused announcements that also included the cancellation of the controversial Keystone XL pipeline. However, it remains to be seen as to whether the new President will make his green promises a reality at COP26 with the delivery of ambitious new NDCs for the US.

Where does the UK stand?

As the host of COP26, arguably the most significant climate summit since the signing of the Paris Agreement, the UK is in a unique position to drive the essential green recovery from the coronavirus pandemic. Through targeted investment into the right clean technologies and businesses, the government can create a wealth of sustainable jobs and boost public health, climate action and biodiversity.

The UK has already achieved a great deal in terms of the climate – it recorded the fastest decarbonisation rate of all the G20 nations since 2000, was the first major economy to pass laws to deliver net zero carbon emissions by 2050 and is the largest producer of offshore wind energy in the world.

At COP26, the rest of the world will also announce their new targets and set the stage for the next five years of vital action – join us on our pathway to COP to make sure you can play your part of the journey.