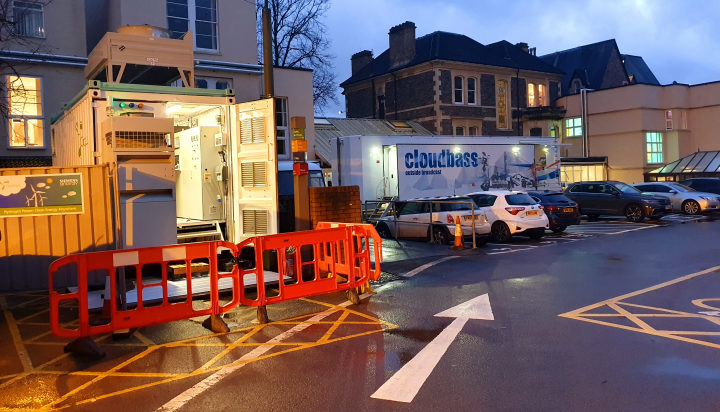 Net zero television broadcasting is possible – that’s the verdict from GeoPura and Siemens Energy, who used a green hydrogen system to power an entire episode of the BBC’s Winterwatch last week.

The GeoPura 250kW hydrogen power unit supplied uninterrupted, emissions-free electricity to BBC Bristol’s outside broadcast unit to power the episode aired on 26th January – it will continue to be used this week as the series trials more sustainable methods of production.

The companies involved claim the achievement was a global first – the green hydrogen system delivered around 6MWh of energy, generating water as the only onsite emissions.

They say that compared to using diesel generators to power production for a day, the hydrogen power unit offset around 425 kilogrammes of carbon dioxide.

GeoPura’s Managing Director, Andrew Cunningham, said: “The BBC Studios Natural History Unit and the Winterwatch production team, are to be congratulated for taking their environmental responsibilities seriously, even when it means working with unfamiliar technology in a high-pressure environment. They have clearly demonstrated what’s possible when broadcasters and filmmakers are determined to ‘walk the talk’ when it comes to improving air quality and significantly reducing their contribution to climate change.

“The key is to ensure as a society that this behaviour is our habit and not a special case. This is why, working with our partner Siemens Energy, we’re providing our zero-emission, clean hydrogen-fuelled power solutions around the world to organisations who really want to reduce their reliance on fossil fuel-based power generation systems.”