Investment in the global energy transition topped $500bn in 2020

Solar and wind received the bulk of renewable investments globally, according to a new report 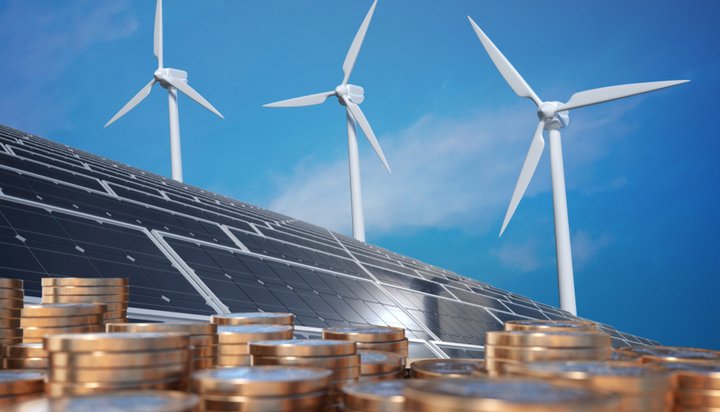 A total of $500 billion (£365bn) was invested in renewables, vehicle and heating electrification, hydrogen and carbon capture globally in 2020.

The figures are from a report by BloombergNEF (BNEF), which estimates global economies committed a 9% larger budget to decarbonisation last year than in 2019, despite the economic disruption caused by the coronavirus pandemic.

The BNEF research also shows companies, governments and households invested $303.5 billion (£222bn) in new renewable energy capacity in 2020, up 2% on the year, helped by the ‘biggest-ever’ build-out of solar projects and a $50 billion (£36.6) surge for offshore wind.

They also spent $139 billion (£101bn) on electric vehicles and associated charging infrastructure, a 28% increase from the previous year and a new record, according to the analysis.

Investment in domestic installation of energy-efficient heat pumps came to $50.8 billion (£37bn), up 12%, while investment in stationary energy storage technologies such as batteries totalled $3.6 billion (£2.6bn).

Global investment in carbon capture and storage (CCS) tripled to $3 billion (£2.2bn), while investment in hydrogen was $1.5 billion (£1.1bn), down 20% but still the ‘second-highest’ annual number to date.

Albert Cheung, Head of analysis at BNEF, said: “Our figures show that the world has reached half a trillion dollars a year in its investment to decarbonise the energy system. Clean power generation and electric transport are seeing heavy inflows, but need to see further increases in spending as costs fall.

“Technologies such as electric heat, CCS and hydrogen are only attracting a fraction of the investment they will need in the 2020s to help bring emissions under control. We need to be talking about trillions per year if we are to meet climate goals.”