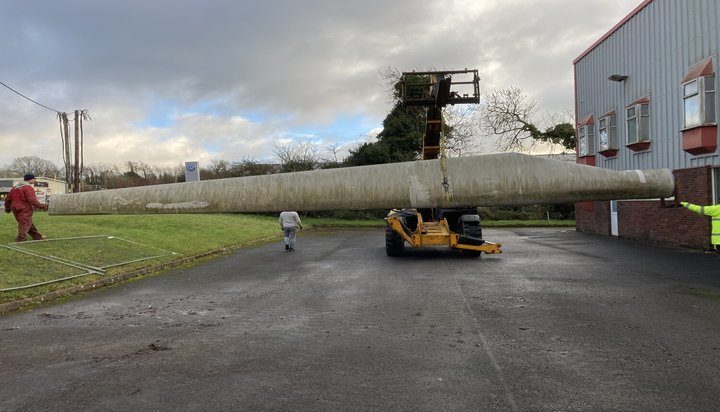 County Cork in Ireland will soon become home to a pedestrian bridge made from old wind turbine blades.

Researchers and engineers from Cork Institute of Technology (CIT) have launched a project that aims to investigate the potential of repurposing discarded wind turbine blades in a bid to minimise waste coming from the wind energy sector.

The ‘Re-Wind’ project, which is supported by scientists from Queen’s University Belfast and Georgia Tech in the US, will see two 13-metre blades being used to build a footbridge for a greenway, with a third being utilised for structural testing.

The blades will replace steel girders, which are the main horizontal supports of a structure.

The scientific team said repurposing wind turbine blades as girders for pedestrian bridges could benefit the environment as it avoids tonnes of blade waste that would otherwise be landfilled.

The bridge will be constructed between February and May 2021 and is expected to be installed on the greenway by June 2021.

The wind blades for the project were donated by the Belfast wind turbine management firm Everun.

According to a recent report by the University of Cambridge, wind turbine blades will generate 43 million tonnes of waste by 2050.