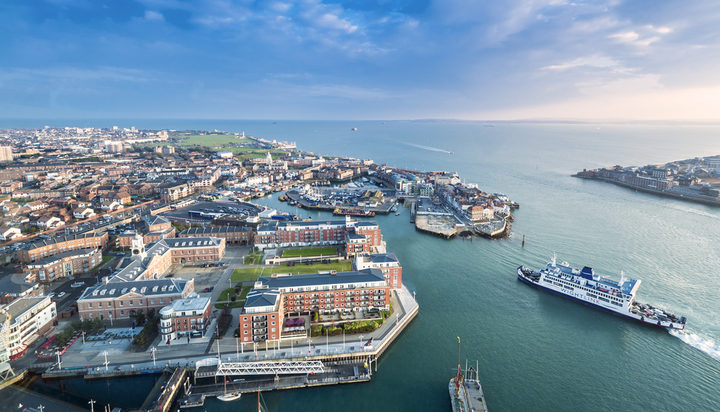 A new 750KW solar and battery installation in Portsmouth International Port is forecast to cover almost a third of the site’s energy needs.

The system will include 1,670 roof-mounted solar panels across a number of buildings, as well as a large battery and solar canopies.

The solar canopies are designed to provide shade for cars waiting to board ferries, allowing them to stay cooler for longer without having to run their engines.

The canopies will also include the infrastructure to support additional electric vehicle charge points.

The development of the project underpins the Portsmouth International Port’s ambition to become the UK’s first net zero carbon port.

It is claimed to be the first UK port to have solar canopies and a MW-scale battery installed as part of a renewable installation.

The installation will begin in the new year and is expected to be completed by the summer.

Councillor Dave Ashmore, Portsmouth City Council’s Cabinet Member of Environment and Climate Change, said: “This upcoming project is another brilliant example of the fantastic work the council is doing to reduce Portsmouth’s carbon emissions, in line with our commitment to reducing carbon emissions to net zero by 2030.

Jerry Clarke, Senior Project Manager and Assistant Harbour Master at Portsmouth International Port, added: “The port is owned by the people of Portsmouth, so we have a duty to control and reduce the impact of port operations on the local environment.”