The government has put renewables and new nuclear at the heart of a new plan to transform the energy system. But how did the industry react to that vision? 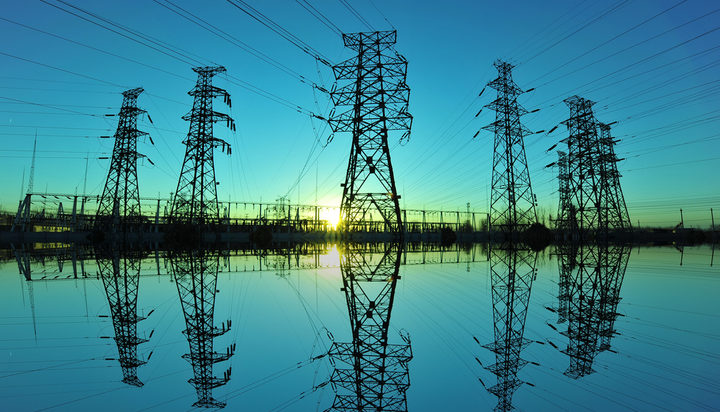 The government has published its Energy White Paper in a bid to clean up the UK energy system and provide a roadmap to net zero.

The policy paper builds on the Prime Minister’s ten-point plan for clean energy, aimed at creating more than 200,000 jobs in the UK.

But what does the industry think?

Scale and opportunity of the energy transition is revealed

Emma Pinchbeck, Chief Executive at Energy UK, said: “Today’s White Paper reveals the scale and opportunity of the energy transition, with aims in it to at least double the amount of clean electricity produced today, start making our homes warmer and greener, and help the switch to electric vehicles (EVs).”
She added the energy industry will do its bit to support customers so that they benefit from the net zero transition, as well as invest in green infrastructure, but noted clear policies from the government need to help the industry do that.
UK needs to double-down on renewables
Hugh McNeal, Chief Executive at Renewable UK, said: “Today’s white paper provides greater clarity to the companies investing across the UK to deliver our net zero emissions target. Wind and renewable energy will be at the centre of our future energy system, providing the clean electricity and green hydrogen we need to decarbonise our economy.”
Mr McNeal anticipated that the next generation of onshore and offshore wind farms will bring tens of billions of pounds of investment to support a green recovery and create thousands of jobs across the country as the UK transitions away from fossil fuels.
He also said that the UK needs to double-down on renewables as the main source of energy for our homes, transport and industry.
Provides clear policy around how the UK can decarbonise
David Smith, Chief Executive at Energy Networks Association which represents the UK and Ireland’s energy networks businesses, said: “Together with Prime Minister’s Ten Point Plan, the Climate Change Committee’s Sixth Carbon Budget and now the Energy White Paper, we have a clear policy around how the UK can decarbonise.”
Mr Smith argued digitalisation, smarter electricity systems, renewable generation and a shift to hydrogen and biomethane will help support jobs while slashing emissions.
An important next step to reach net zero emissions target
Rain Newton-Smith, Chief Economist at the Confederation of British Industry, argued the proposals outlined in the Energy White Paper will give business further confidence to deliver new infrastructure, including EV charging, renewable power generation and low carbon upgrades to homes.
She said: “The Energy White Paper is an important next step in our plans to reach our net zero emissions target. Action is needed now, and the welcome focus on job creation around the country, developing sustainable low carbon industries, and ensuring the transition is fair for consumers will all help us achieve our ambitious climate goals.”
The time for action on new nuclear is now
Commenting on the news that the government plans to enter into negotiations with EDF on Sizewell, Simone Rossi, EDF’s UK Chief Executive Officer, said: “We’re right behind net zero, and by investing in renewables and nuclear at Hinkley Point C and Sizewell C we’re supporting decarbonisation while creating jobs across the UK.

“The time for action is now and we look forward to working with the government to implement its energy and climate policies, including the financing of new nuclear.”

Keeping bills affordable for vulnerable customers will be crucial

Richard Neudegg, Head of Regulation at Uswitch, commented: “Keeping bills affordable, especially for the vulnerable, will be crucial if the plans set out are to be truly sustainable.”

He acknowledged that trialling and testing different approaches is sensible, as there is a long history of well-intended rule changes that have not worked in practice.

He added: “The government is right that those of us who switch are the ones who get the better deals, so looking at ways to get more consumers to move tariffs is welcome. However, consumer choice and empowerment remain key to ensure that providers are still motivated to compete on price, provide good service and continue to innovate to meet the needs of smarter greener homes.”

Tom Greatrex, Chief Executive of the Nuclear Industry Association, said: “The Government’s decision to enter advanced negotiations with EDF on Sizewell C is very good news for our environment and our economy. Sizewell is a vital next step towards the net zero power mix we need for the future.”

Commenting on the plans set out by the Government’s Energy White Paper, including plans to explore financing options for new nuclear, Dr Jonathan Marshall Head of Analysis at the Energy and Climate Intelligence Unit, said: “While it is likely that some new nuclear will be needed to reach net zero, putting billpayers on the hook for delays and cost overruns is a very risky move.

“There is little evidence to suggest Sizewell will not be blighted by the same issues that have struck other European nuclear projects, which under the expected funding models would see Brits footing the bill for Sizewell many years before it starts generating power.”

Commenting on the publication of the energy white paper and the news that ministers have restarted talks with EDF about the construction of a new nuclear power station at the Sizewell site at Suffolk, Greenpeace UK’s Executive Director John Sauven said: “It’s good to see the government is determined to shift away from fossil fuels and create thousands of green jobs, but building more nuclear power stations is not the way to do it. The latest analysis shows Sizewell C is unnecessary and remains expensive.”

He argued whilst ministers have been talking to EDF about Sizewell C for years, the offshore wind industry has already delivered benefits.

He added: “If discussions with the majority French-state-owned company ever progressed, the UK public will need to stump up billions of pounds in advance. This money would be far better spent on a flexible grid that can handle the shedloads of cheap renewables increasingly powering the UK.”