Carlo Hein, Co-Founder of Ramborn Cider spoke to FNZ about the business journey to achieve its green credentials 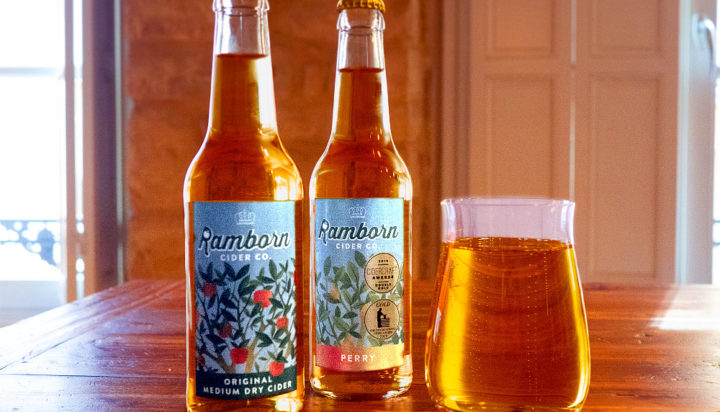 Ramborn Cider has announced it has become the first ‘carbon-negative’ and B Corp-certified cider brand in the world.

Certified B Corporations are businesses that meet the highest standards of social and environmental performance.

Carlo Hein, Co-Founder of Ramborn Cider spoke to FNZ about the initiatives, which helped the company achieve its green credentials: “We wanted to build a company on the basis of the circular economy. We have a holistic view of running the business, from planting trees, protecting them and using the apple waste to produce energy for our operations.”

He said the company is now verified carbon-negative – since it was established in 2016, it has removed more than 31,000 kilograms of carbon dioxide emissions from the atmosphere and recycled around 57% of the fruit it has pressed, around 739,500 kilograms.

Mr Hein explained Ramborn Cider has reached a stage today where 100% of their pomace, the substance left after pressing, is turned into biogas.

He added people have been fermenting juice from apples and pears in the region of Luxembourg at least as far back as the Romans, but during the last century, this trend has been in decline, with much of the fruit going to waste.

Luxembourg is home to more than 150 apple varieties. Among its sustainability measures, the cider maker is working to revive traditional orchards with the support of a network of 150 local farmers.

Mr Hein added the biggest challenge in this sustainable journey was to calculate the carbon from the different steps of the firm’s operations: “We had to take the advice of specialists, who helped us to measure the carbon impact of our work, to take all the things together, all the different steps of our processes, link all together and have the final result. That’s a challenge, but if you have the right people it isn’t.”

He admitted the biggest impact of the cider-making process on the environment comes from fermentation and noted Ramborn has committed to continually reviewing its production processes to reduce emissions from fermentation in the future.

One of the ways the firm intends to achieve that reduction is to extend its range to fresh juices and soda, products that do not require fermentation.