Biotech firm Toraphene has created an innovative new material it says is biodegradable, compostable and commercially-viable 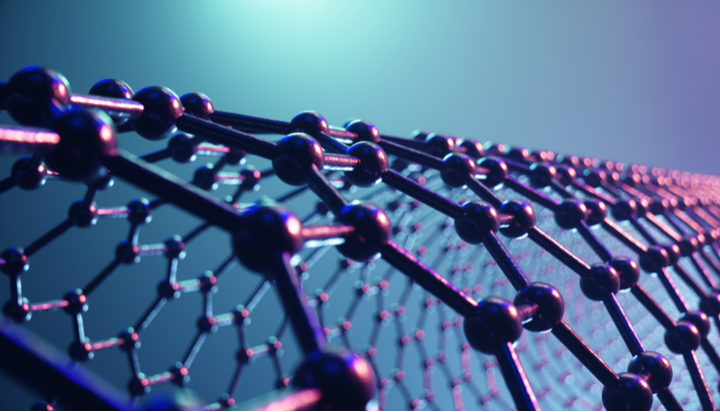 A graphene-based biopolymer could put an end to plastic packaging for good.

That’s the suggestion from a UK biotech business that claims it has developed a green alternative to plastic packaging, made in part from wonder-material graphene.

Toraphene notes the innovative new material is biodegradable, compostable and commercially-viable and says it hopes to use it to render plastic packaging obsolete.

The biopolymer is partly made up of graphene, a strong, conductive material made up of single layers of carbon atoms that is said to perform extremely well in a wide range of commercial applications.

Unlike many other bioplastics, Toraphene does not need to be commercially composted, meaning it is much more likely to actually be properly disposed of – other compostable plastics are sometimes sent to landfill because local authorities do not have the equipment or resources to properly handle them.

Some bioplastics also produce methane gas when they decompose – Toraphene can be optimised to mostly produce carbon dioxide when it breaks down, which is a much less potent greenhouse gas than methane.

Gaute Juliussen, CEO and Founder of Toraphene, said: “Amidst a climate crisis, plastic waste is known to be a huge, global problem and many plastic alternatives now exist, so why don’t we see them everywhere? It’s because they need specific manmade conditions to biodegrade, and many degrade into microplastics, which contaminate our oceans and food chain for centuries”.

Birgit Liodden, founder of The Ocean Opportunity Lab, said: “Toraphene has the potential to create a critical turning point in tackling the global plastic pollution crisis.

“We all know how pressing the climate crisis is, and plastic pollution is a huge problem, particularly in our ocean environments. I’m very heartened by the prospect of Toraphene, which should be a transformative step in tackling plastic pollution and play a huge role in making the world’s oceans plastic-free”.