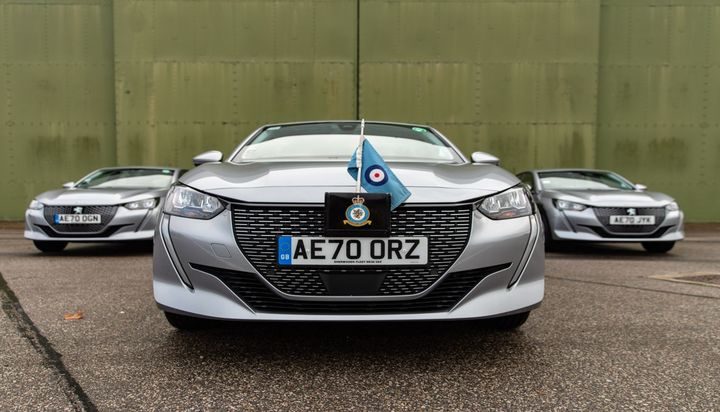 The fleet of two Royal Air Force stations has been upgraded with new electric vehicles (EVs).

The RAF Leeming and RAF Wittering stations have received six and five Peugeot e-208 EVs respectively to serve the departments that manage the fleet of vehicles used for routine defence operations.

The new vehicles, which are part of the Ministry of Defence (MoD) Ultra Low Emissions Vehicle programme, will support the RAF stations’ ambition to lower carbon dioxide emissions.

Flight Sergeant Darren Lewis, Mechanical Transport Section at RAF Wittering, said: “This is absolutely the right thing for us to do, we need environmentally friendly vehicles and these new electric cars are a great start.

“We are also going to receive two fully electric vans so that we can start to move equipment and goods in a cleaner way.”

Warrant Officer Russ Sanders, Mechanical Transport Officer at RAF Leeming, commented: “RAF Leeming is the only RAF station with rapid charging pods. We are at the forefront of reducing pollution by removing diesel assets from the road whilst maintaining Station output and the Defence Task.”

The MoD has set a target to have EVs making up 25% of its white fleet – white fleet describes civilian vehicles, the cars, vans and lorries that don’t ordinarily have a military role.