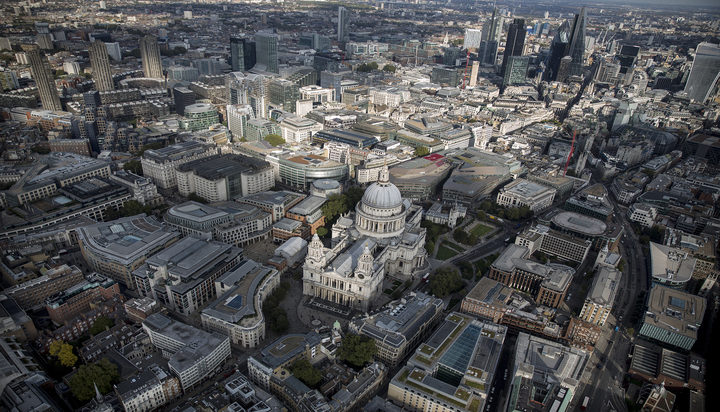 The City of London Corporation has signed a £40 million power purchase agreement (PPA) with the renewable energy producer Voltalia in a bid to meet its energy goals and reduce the need for fossil fuels.

The agreement will see the governing body of Square Mile purchase all the electricity produced by a new-build 95,00o-solar panel farm in Dorset, Southwestern England, for 15 years.

The 49.9MW solar plant is predicted to produce enough energy to power the equivalent of 15,000 homes and is expected to provide more than half the City Corporation’s electricity and bring a saving of around £3 million in energy costs.

Under the new PPA, buildings, including the City Corporation’s headquarters, three wholesale markets and the Barbican arts centre, will be powered with electricity generated from the new solar farm.

Jamie Ingham Clark, Chair of the City of London Corporation’s Corporate Asset Sub-Committee, said: “This is a pioneering scheme which we hope will lead the way for local authorities across the UK.

“Like many organisations, we face an uncertain economic landscape in the wake of Brexit and Covid-19. However, we can’t allow that to prevent us tackling climate change, which is now recognised as a global issue which requires immediate action and investment.

“The deal, which supports our ambitious Climate Action Strategy, will help cut emissions and give us a cheaper, more secure electricity protected from the price volatility of energy markets.”

Voltalia Chief Executive Officer Sebastien Clerc commented: “We are very proud to support the City of London Corporation in its 2040 net carbon zero target by providing clean electricity to the historic Square Mile and the financial and commercial heart of the UK.”