The project consists of 48,000 solar panels and is able to provide 100% of all energy for PVH Europe’s warehouses, offices and stores in the Netherlands 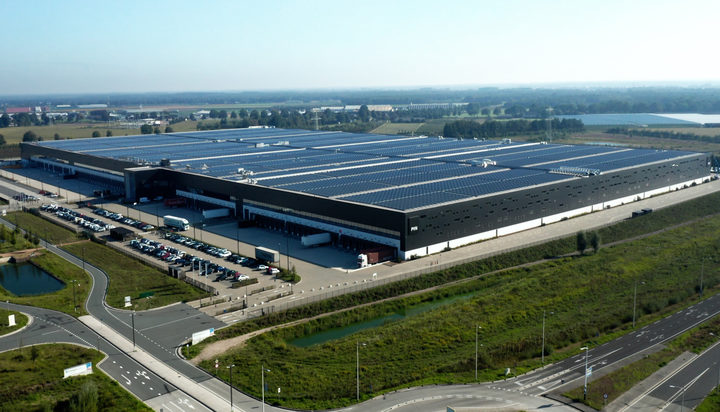 PVH Europe, the global headquarters of Tommy Hilfiger and the European offices of Calvin Klein, has announced the installation of what is believed to be the ‘world’s most powerful’ solar roof.

The project, which has the capacity to generate 18MW, is located at its 110,000 square-metre warehouse and logistics centre in Venlo, the Netherlands and consists of 48,000 solar panels.

The firm says the plant is able to cover 100% of all energy needs for PVH Europe’s warehouses, offices and stores in the Netherlands.

Martijn Hagman, Chief Executive Officer of Tommy Hilfiger Global and PVH Europe, said: “We have participated in the installation of what we believe is now the world’s most powerful, fully operational solar roof, a huge stride in our commitment to being powered by 100% renewable electricity by 2030 and reduce supply chain emissions by 30% by 2030.”

Philippe Deschilder, Chief Executive Officer of Heylen Warehouses, commented: “We believe that logistic buildings will be the next generation of solar power plants.”

Nearly 600,000 pieces of Tommy Hilfiger and Calvin Klein products are distributed daily from the PVH Europe warehouse and logistics centre in Venlo to shops.