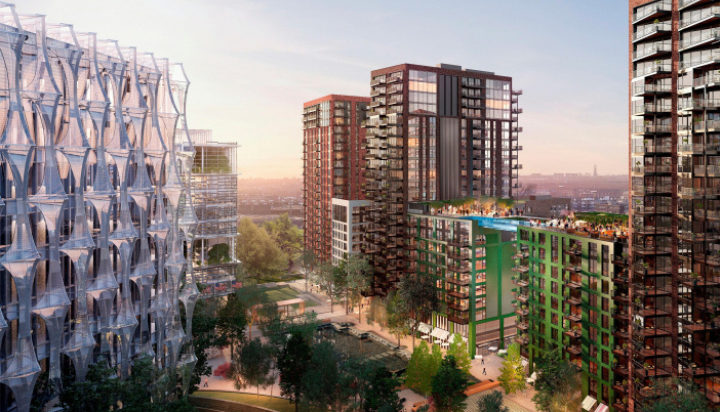 Energy and services specialist, ENGIE, has begun work on a major new heat network which will serve future developments in the Nine Elms area of London – one of the capital’s largest brownfield regeneration sites.

The £30 million project will see ENGIE design, build, operate and maintain a district energy scheme; which will provide low carbon, cost-effective heat to new developments across the site, providing savings of 12,000 tonnes of CO2 (compared to traditional energy supply). The initial phase of the scheme will incorporate an Energy Centre with over 3MW of generation capacity and the installation of 1.5km of pre-insulated steel pipe network.

This first phase of the scheme will serve planned development within an area of Wandsworth in close proximity to the US Embassy and EcoWorld Ballymore’s Embassy Gardens; but is being built to enable expansion to serve surrounding areas in the future.

It is envisaged that over 3,500 homes and 75,000m2 of commercial space in the Nine Elms vicinity will be able to benefit from the new network, which is part of The London Plan.  The Mayor of London identified the Vauxhall Nine Elms Battersea ‘Opportunity Area’ as a location in which new developments could reduce CO2 emissions. The objectives of the heat network project integrate decentralised energy such as District Heating and CHP (Combined Heat and Power) into the area’s major regeneration to help with the reduction of carbon emissions, working closely with the London Borough of Wandsworth and the Nine Elms Vauxhall Partnership.

Cllr Ravi Govindia, Leader of Wandsworth Council said: “This is another example of our commitment to delivering our green agenda for Wandsworth. As part of the council’s roadmap to becoming a carbon-neutral organisation by 2030, we have worked hard to get the right agreements in place to bring low carbon energy supplies to residents and businesses in the Nine Elms area.

“Building sustainable energy provision into the area from scratch enables us to future-proof supplies and realise economies of scale for new developments.

“We’re now keen to further expand the district energy network to supply more local developments so that the benefits are felt across the wider neighbourhood.”

Andrew Hart, MD of the Urban Energy division at ENGIE commented: “This project will be hugely beneficial to Nine Elms and will support the sustainable regeneration the area has undergone in recent years. We are pleased to have reached an agreement that will allow ENGIE to deliver a new low carbon heat network, which will save residents and businesses money on their energy costs; while tackling climate change by reducing carbon emissions in the area.

“At ENGIE we are committed to helping cities in the transition to a zero-carbon future and projects such as this help us to make significant moves towards that goal.”

The network is expected to be completed by April 2021. Negotiations are ongoing to expand the network further into the Nine Elms area.