What part does biomass play in the transition to renewables? 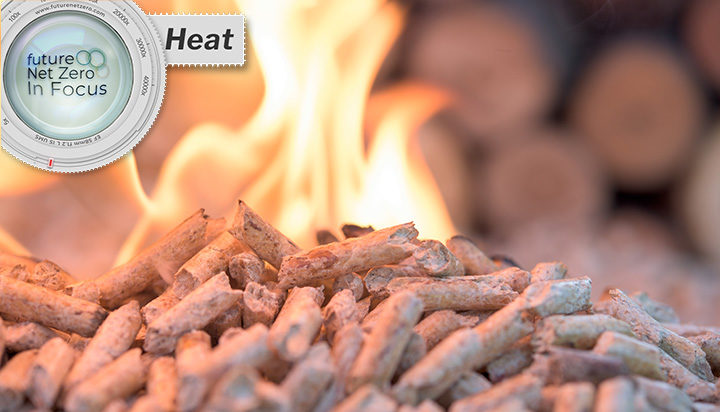 The greatest contributor to UK greenhouse gas emissions is heat at 37%. In light of this, the renewable heat industry has seen significant investment and growth over the last few years in both the public and private sectors.

This investment is targeted in urban areas where new housing developments benefit from energy efficiency measures such as heat pumps and modern insulation. In rural areas of the UK, biomass boilers are often a viable and suitable low carbon alternative to traditional gas or oil-fired boilers. The role of biomass is significant in the UK’s transition towards net zero, as many rural properties cannot access gas networks; employ old heating systems; and are often energy inefficient with poor insulation. Biomass boilers are suitable for older homes and tend to be easier to retrofit to the existing heating system than other low-carbon technologies. With around 22 million homes using gas boilers in 2020[1], small domestic biomass boilers can continue to play a role in reducing carbon emissions and contributing to the UK’s 2050 net zero target.

Large-scale deployment of biomass has the potential to provide up to 15% of the UK’s primary energy demand by 2050[2], supporting the transition away from fossil fuels. So long as the carbon emitted by biomass heat generation is balanced out by the increased rate of carbon uptake in the working forests, biomass can be a major source of low carbon energy[3]. This calls for tight regulation and governance. Gemserv provides support by governing the domestic and commercial use of biomass for heat through its management of the Biomass Suppliers List (BSL) scheme.

Specifically, Gemserv has encouraged the sustainable use of biomass for heat through administering the BSL on behalf of the Department for Business, Energy, Industrial Strategy (BEIS) since April 2014. The scheme comprises of a list of wood-fuel that meets the sustainability and legality requirements for the Renewable Heat Incentive (RHI), ensuring RHI payments are only issued to compliant fuels.

Gemserv is committed to contributing to the Government’s target of net zero by 2050 and has a strong connection to both domestic and commercial low carbon schemes. As well as the BSL, Gemserv is a member of the Triple Point Heat Networks consortium, which administers the Heat Network Investment Project (HNIP), initiating investment for heat network projects across the UK, and administers the Green Deal, which finances energy efficiency home improvements. Gemserv is committed to reducing its environmental impact by improving energy efficiency and promoting the circular economy to eliminate waste.

Through a combination of internal reductions and carbon finance projects around the world, Gemserv has reduced its emissions to net zero in accordance with The Carbon Neutral Protocol. As a result, we have achieved  CarbonNeutral® status.

We believe in a low carbon future; an outcome that will require multiple solutions to manage the UK’s carbon emissions and significantly reduce its climate change impact. Specifically, our role in contributing to the major energy infrastructure policy over almost two decades has given us widespread knowledge and expertise to support businesses transitioning towards net zero.

If you would like to know more about how to decarbonise your organisation, or the schemes Gemserv administers, please email [email protected].