Currently, heat makes up roughly 50% of all carbon emissions and consists of more than half of all energy usage for most businesses 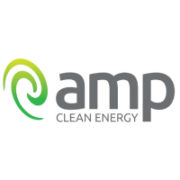 Stuart said: “It is heat that will make up the majority of the emissions that they’re actually going to get taxed on if they fall into the EU Emissions Trading System (ETS), or any UK successor schemes, so really people need to make progress on tackling these Scope 1 emissions and to do that they need to start tackling heat.”

He noted that as the Renewable Heat Incentive scheme finally draws to a close, the government is investigating what will replace it. While he acknowledges this is a period of changing government policy which will perhaps cause some uncertainty, Stuart emphasised he also expects to see a “massive drive” from progressive businesses to tackle their heat emissions during the coming years.

As heat makes up roughly 50% of all carbon emissions and typically consists of more than half of all energy usage for most businesses, it represents a significant proportion of the work that needs to be done.

Stuart Reid told FNZ: “It’s effectively the same energy consumption as electricity and transport combined and yet, people still regularly confuse “energy and electricity” as being the same thing which is just not the case. We rely heavily on fossil fuel gas in this country and there’s been significant investment in that gas network over the past decades which means that businesses and individuals just turn on their boilers without necessarily thinking about where the source of the heat comes from.

“From the government’s perspective much has been achieved in decarbonising electricity without end-users having to physically do anything different.  However, to currently make progress in decarbonising heat you have to convince millions of domestic users and thousands of businesses to actually, physically make a change to their heating system.”

Rather than decarbonising electricity supplies simply by changing to a greener tariff or signing renewable power purchase agreements (PPAs), it is a much more involved process to clean up heat by swapping out boilers or installing heat pumps.

Some companies and individuals are likely to remain passive and “sit and wait for the magic answer” in 15 or even 30 years time, such as the gas grid being converted to a green gas or to hydrogen.

However, progressive businesses are signing up to science-based targets and want to actively accelerate the path to achieving meaningful emissions reductions by 2025 or 2030.  To do this, Stuart said they will need to move a lot more quickly and take concrete steps to drive down their emissions – beginning now.  For any business capable of making decisions within the next 6 months there is a real opportunity to utilise the final stages of the RHI to maximise the cost-effectiveness of Scope 1 decarbonisation projects.