Starting its journeys at the end of 2024, the wind-powered ship will be able to cross the Atlantic in 12 days 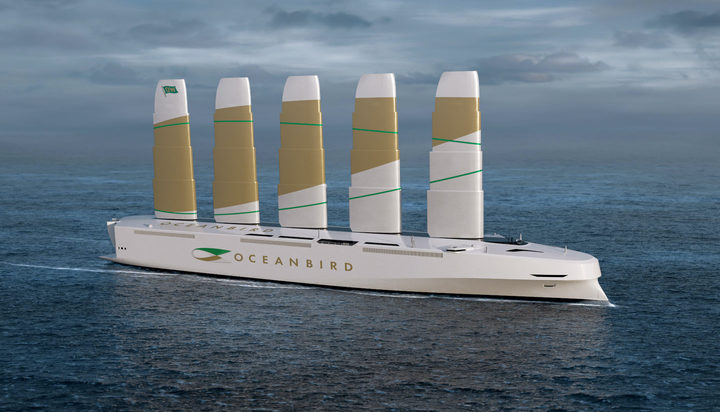 A wind-powered cargo ship, which could transport around 7,000 vehicles across the oceans with 90% reduced emissions compared to vessels with diesel engines, will soon enter operations.

The Swedish design company Wallenius Marine has unveiled a 200-metre-long vessel, which could cross the Atlantic in around 12 days.

The announcement follows the successful sea trials of a six-metre-long model.

The company says the 40-metre-wide ship, which is developed by Wallenius Marine, the KTH Royal Institute of Technology and maritime knowledge-based company SSPA, will be the world’s largest sailing vessel.

The wing sails are 80 metres tall, giving the ship a height above the waterline of approximately 105 metres.

Per Tunell, COO Wallenius Marine, commented: “It is critical that shipping becomes sustainable.

“Our studies show that wind is the most interesting energy source for ocean transports and with the 80-metre high wing sails on Oceanbird, we are developing the ocean-going freighters of the future.”