The train, which was on trial for more than one year, uses onboard fuel cells to convert hydrogen and oxygen into electricity 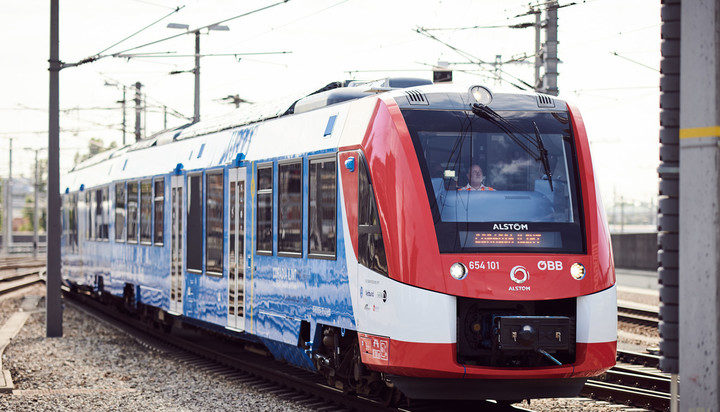 A hydrogen train will run for the ‘first time’ in regular passenger service for ÖBB, the Austrian Federal Railways.

Built by the rail manufacturer Alstom in Germany, the Coradia iLint uses onboard fuel cells to convert hydrogen and oxygen into electricity.

That means the train is emission-free as it emits only steam and water.

The train, which has already been tested for one and a half years covering more than 180,000 kilometres, claims to be the first passenger train in the world to run on a hydrogen fuel cell, which generates electrical energy for propulsion.