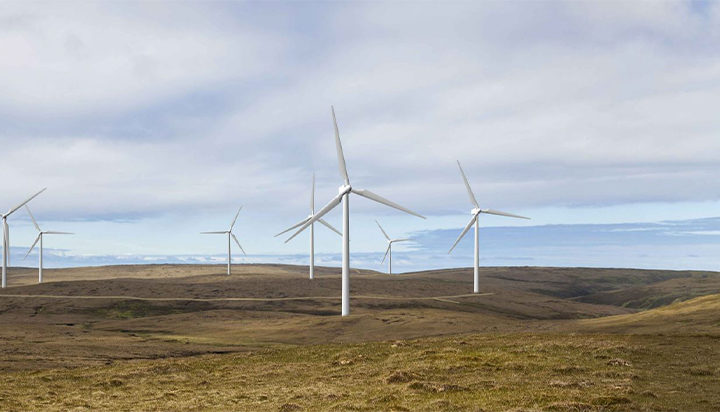 Final plans for a proposed wind farm in Yell in Shetland have been submitted to the Scottish Government by renewable energy company Statkraft.

The Supplementary Environmental Information (SEI) submitted to the Scottish Government represents the final plans for the proposed wind farm which was initially conceived by a group of local businesses in 2012. The group later formed Energy Isles Ltd in 2014 to pursue the application which was originally submitted in May 2019. Statkraft was announced as the development partner in October 2019.

The final proposals for the Energy Isles wind farm include 23 turbines, 14 with a tip height of 200 metres and nine with a tip height of 180 metres, with an installed capacity of approximately 160MW. The project is estimated to generate electricity equivalent to the annual consumption of 190,000 homes. A Community Benefit Fund for the project would deliver £800,000 per year, a total of £24 million over the 30-year life of the wind farm.

The development and construction phase is expected to bring a total of £20.3 million of investment to Shetland.

Charlotte Healey, Project Manager for Statkraft, said: “The Energy Isles wind farm is a very important renewable energy project for Statkraft and I am very proud to see the final plans and Supplementary Environmental Information submitted to the Scottish Government.”

“Working with the initial consortium who conceived and developed this project has been nothing short of inspirational. The support and information we have had from the community has been incredible and they truly see the potential for this project to help transform Shetland into a hub for renewable energy.”

Derek Jamieson from Energy Isles Limited said: “It’s been a long hard road to get to this point where the final plans for the Energy Isles wind farm can be submitted. The work by local folk to develop an initial idea from way back in 2012 to today shows the enthusiasm to bring renewable energy to Yell.”

“Throughout this process the project has received strong support from local folk, but we’ve also worked very hard as a team to, where possible, address matters raised by consultees and the wider public so that our final submission reflects a project we hope the communities of the North Isles can be truly proud of.”

The full application submitted to the Scottish Government can be viewed on the project website at www.energyisles-shetland.co.uk and will be open for public comment between 4 September – 12 October 2020 at https://www.energyconsents.scot/.

Statkraft is also a member of the Shetland Renewable Development Network (SRDN) and has held 2 Suppliers’ Days, attended by over 100 local businesses.

As part of the community consultation, three separate series of exhibitions have been held as the project has evolved, in June 2018, February 2019 and February 2020. Statkraft have also held discussions locally involving Local Energy Scotland and local people over the possibility of Shared Ownership in the project.