Listen as former Obama advisor Allyson Anderson Book, explains why the fossil fuel industries have a role to play in net zero 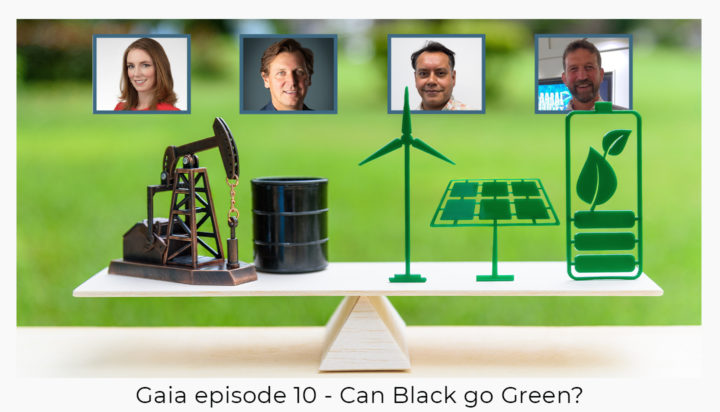 Thanks as ever for listening in to our new series “Gaia Says No!” – exploring the nature of human activities on the planet.

In this episode environmental campaigner Angus Forbes, analyst Alex Milward and I are joined by Allyson Anderson Book, VP of Energy Transition at Baker Hughes. It’s one of the world’s biggest technology companies working in the oil and gas sector.

We pose the question can Black go Green? In other words can the technologies and industries around our fossil fuel sector actually transition themselves into the net zero world, perhaps they can be the ones that lead it?

Or should they be excluded as the ‘old industries’ and shunned in favour of nascent renewable technologies? Join us in a fascinating discussion with Allyson who previously worked in the Obama Administration.

Honest opinion and some strong language.

Subscribe now to the series on your regular podcast platform.