How CCS and hydrogen can spark a clean industrial revolution 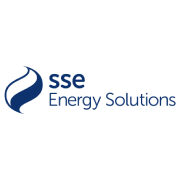 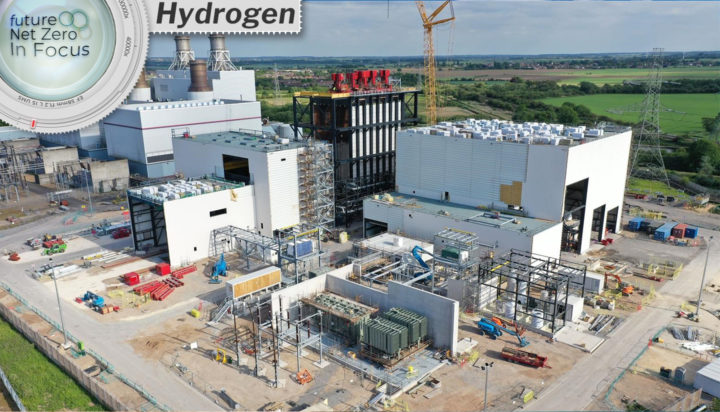 As we transition to a renewables-led electricity system in the years ahead, we know we’ll require other forms of energy generation to respond to market changes and ensure security of supply. In SSE, as well as leading the way in onshore and offshore wind power, we’re focused on decarbonising our gas-fired power stations to continue to provide this essential flexibility in a net-zero world.

The good news is that there are two options on the horizon to decarbonise thermal power stations. One solution is to equip them with carbon capture and storage (CCS) technology, and the other is to replace natural gas with hydrogen as a carbon-neutral fuel.

Given its advanced development, flexibility, and relative cost-effectiveness, CCS looks a strong option in the near to medium term. CCS can directly capture at least 90% of the carbon emissions produced, and there is potential for this percentage to increase as the technology advances. The UK also has a key strategic advantage here, with abundant offshore storage capacity in the form of depleted oil and gas fields.

So, what about hydrogen and the exciting prospect of firing power stations with a carbon-neutral fuel? Well, already we’re seeing significant progress in this area, with new gas turbines, such as the one installed at our Keadby 2 Power Station in North Lincolnshire, capable of burning a proportion of hydrogen. Leading manufacturers, such as Siemens Energy, have committed to producing turbines capable of burning 100% hydrogen by 2030.

It’s clear that CCS and hydrogen both have a significant role to play in the decades ahead. The Committee on Climate Change, which advises the Government, has stated that CCS is a “necessity, not an option” and that a “significant low-carbon hydrogen economy will be needed” to achieve our 2050 goals. The Future Energy Scenarios 2020, published by National Grid earlier this month, also makes it clear that both solutions will be needed in the transition to net zero.

What makes the combination of CCS and hydrogen even more attractive is that the technologies can complement each other. For instance, when hydrogen is produced from natural gas, it results in carbon emissions; however, these can be removed using CCS infrastructure. This is what’s known as ‘blue hydrogen’.

In the longer term, we will see an increasing share of ‘green hydrogen’, which is produced through the electrolysis of water using renewable energy, such as that produced by the UK’s world-leading offshore wind farms. As the pipelines, storage and other infrastructure will be the same, ‘blue hydrogen’ can pave the way for ‘green hydrogen’ as the technology develops.

In addition to greening our energy generation, CCS and hydrogen can also decarbonise heavy industry and other hard-to-reach sectors, which will be essential in achieving our net-zero goals. As outlined in our recently published ‘Greenprint’ for economic recovery, we believe the decarbonisation of our power stations can act as an anchor for the deployment of shared CCS and hydrogen infrastructure in industrial clusters across the UK. SSE Thermal is already involved in projects in the Humber region, Scotland, and the Isle of Grain.

For instance, in the Humber, we’re aiming to develop a major clean power hub for the region at Keadby, utilising CCS and hydrogen solutions. This includes our proposed Keadby 3 Power Station, which we believe could become the UK’s first decarbonised gas-fired power station by the mid-2020s. Meanwhile, Dogger Bank Wind Farm, which is being constructed by SSE Renewables and Equinor off the East Coast, could help produce ‘green hydrogen’ for the region, while our storage assets in East Yorkshire could be upgraded to store the fuel in underground caverns. There is clearly a lot of work ahead to turn this potential into reality, but for our part, the will is certainly there.

We’ve seen the UK take the lead in offshore wind and make major progress on its climate action targets as a result. We now need to take the lead on these CCS and hydrogen too, ensuring we’re doing everything we can, as quickly as possible, to meet our net-zero goals.

We’ve been greatly encouraged by the support from Government in recent months, including the £800m set aside for the development of CCS infrastructure. Just this week the Government took a further positive step on CCS by publishing a timeline for the rollout of key policy measures, including an aim to finalise business models in the next two years. It’s crucial that clear business models for both CCS and hydrogen projects are agreed and established as soon as possible, along with legislative and regulatory timetables, to enable investment.

We now need to see increased ambition in the Autumn Budget and beyond to support the development of essential transport and storage infrastructure, which will provide confidence for a pipeline of decarbonised projects. We’re calling for support for at least five low-carbon clusters across the UK by 2030, with at least one delivered by 2025, to ensure the necessary infrastructure is delivered at pace.

The development of this shared infrastructure would not only unlock hundreds of millions of pounds in private investment in projects like Keadby 3, but also safeguard and create thousands of new industrial jobs. As we aim to ‘build back better’ in the wake of the coronavirus crisis, CCS and hydrogen can help drive a clean industrial revolution, creating a more sustainable and resilient economy for the future.