Hydrogen is the most abundant chemical substance in the universe – but how can it help deliver net zero? 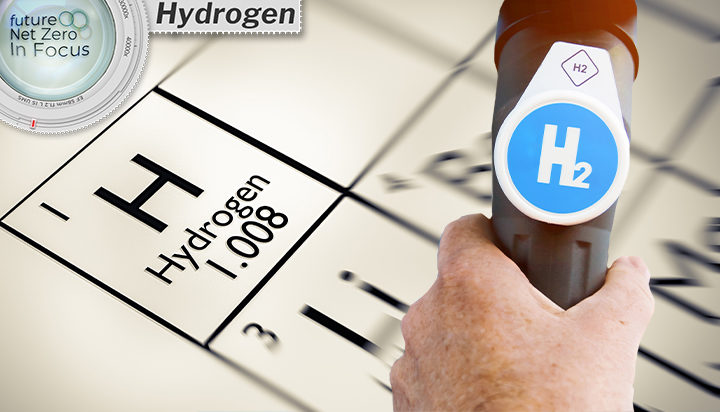 Most people know hydrogen simply as the gas that burns with a squeaky pop, or the fuel that sparked the tragic Hindenburg disaster of 1937 – but now it’s having a revival. The word hydrogen is quickly becoming part of the low carbon lexicon, with scientists and businesses alike striving to develop new technologies using the gas that could promise to accelerate the world’s journey towards net zero by 2050.

How is it made?

Hydrogen is the most abundant chemical substance in the universe but to gather its pure form in large-enough quantities for industrial uses requires it to be manufactured, or separated, from other substances. The majority of hydrogen is still produced from fossil fuels such as methane and coal – like other uses of fossil fuels, these processes still generate carbon dioxide and other greenhouse gas emissions, and as a result, contribute to climate change.

However, there are also newer, cleaner ways in which hydrogen can be created in large amounts, such as biomass gasification and the solar, wind or nuclear-powered electrolysis of water, which produce far less emissions and no emissions at all respectively.

Currently, the cheapest form of hydrogen is that formed from natural gas, which is split into pure hydrogen and carbon dioxide – this is known as grey hydrogen.

A cleaner version of this process involves the carbon emissions that are created being captured, stored and ideally reused – this is known as blue hydrogen.

The most environmentally-friendly type of hydrogen is generated using renewable electricity to carry out electrolysis, which splits water into hydrogen and oxygen – this is known as green hydrogen.

This is currently expensive but the cost of making hydrogen in cleaner, more environmentally ways continues to fall as renewable energy becomes more widespread and more investment is ploughed into novel and innovative methods of production.

How is it used?

Hydrogen is an energy carrier, not an energy source – this means it can be used to store, transport and deliver energy originally produced from other sources, such as renewables. The gas is converted into electric power in a fuel cell, which happens in the form of an electrochemical reaction, rather than the combustion that is needed to release energy from fuels such as petrol or diesel. As fossil fuel combustion is avoided, carbon emissions from the power unit are eliminated, with only water and heat being created as byproducts.

This means a fuel cell differs from batteries, in that it does not store and release electricity gathered from the mains – instead, it generates current from a chemical reaction between hydrogen and oxygen without suffering from significant losses, making it an attractive option for both transport and energy storage uses.

For transport applications, the gas is compressed and stored in a tank onboard the vehicle. This tank can be refilled at a fuel station in a similar way to conventional vehicles, without having to wait for a battery to lengthily recharge as would be required in an electric vehicle (EV). Unlike EVs, a fuel cell car or truck does create exhaust but only in the form of water.

The uses of hydrogen do not stop at transport – stationary fuel cells can also be used as a backup source of power and to supply electricity to remote locations, as well as to power portable equipment such as hand-held devices and generators.

It could also be used to decarbonise the heat sector if the existing gas grid was converted to carry the gas directly to homes and businesses.

What are the barriers?

So, hydrogen is readily available, environmentally-friendly, fuel-efficient and renewable – but like anything, there are also drawbacks. It is expensive, because it requires a relatively large amount of time and effort to split the gas from other elements. It is also difficult to store, due to its nature as a potentially explosive gas, compared to a bag of goal or a tank of liquid petrol. While the gas grid could potentially be retrofitted and upgraded to facilitate the supply of gas to our homes and businesses, filling stations and cars themselves would have to be dramatically altered.

And of course, we can’t forget that for now, industrial hydrogen processes still frequently require fossil fuels to cost-effectively produce the gas – but there is pressure on government to get behind green hydrogen and use it to drive towards net zero.

Philip Dunne MP, Chairman of the Environmental Audit Committee (EAC), has this week written to Business Secretary Alok Sharma warning that a “lack of clear vision” on hydrogen technologies from the government “risks scuppering progress” for the gas to play a key role in developing the country’s low carbon energy mix.

The EAC suggests while it is “clear” the UK has the expertise and the technology capabilities to scale up low carbon hydrogen, it claims it is lagging behind other nations such as Australia, Japan and Canada, which all have ambitious hydrogen strategies, and stresses it could play a key role in supporting the cost-effective decarbonisation of aviation, shipping and other parts of the economy.

Environmental Audit Committee Chairman, Rt Hon Philip Dunne MP, said: “We must end our reliance on dirty fuels and hydrogen could be the key to realising our low carbon potential. The UK’s strengths in innovation, technology and skills can be utilised to champion hydrogen as a major player in our energy mix – but the government must pave the way.

“The Committee heard time and again during evidence that the UK’s lack of a Hydrogen Strategy by government is holding back efforts to make scaling up hydrogen production a reality. The upcoming National Infrastructure Strategy due in the Autumn could be an excellent opportunity for the government to bring forward a Hydrogen Strategy to underpin its commitment to a Net Zero Britain.”