Viewpoint: Getting to the core of Apple’s climate pledge

Why are we all frantically tweeting about Apple’s carbon-neutral pledge? 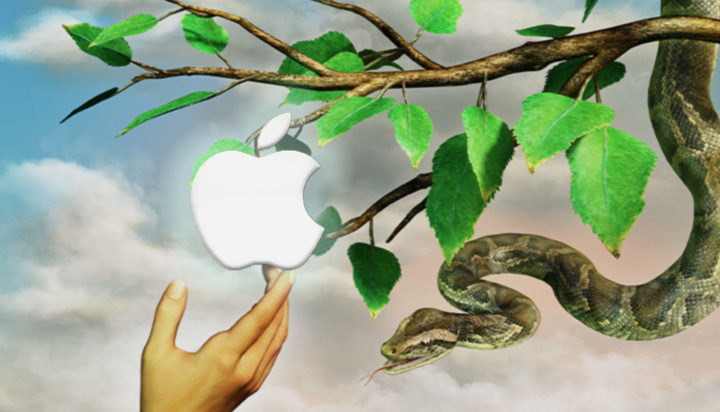 Can a global iconic brand turn the whole world into a group of loyal eco-warriors and cheerleaders?

On Tuesday 21st July, Apple announced its commitment to being carbon-neutral for its supply chain and products by 2030.

By 2030, Apple’s entire business will be carbon neutral — from supply chain to the power you use in every device we make. The planet we share can’t wait, and we want to be a ripple in the pond that creates a much larger change. https://t.co/bltmlnau1X

The significance of the announcement was that the company pledged to bring its entire carbon footprint to net zero, 20 years sooner than the Intergovernmental Panel on Climate Change (IPCC) targets.

The tech giant went further to highlight that every Apple device sold will have ‘net zero climate impact’.

Moments after the announcement, the internet got loaded with thousands of tweets sharing the ‘green’ Apple news. In fact, it felt like one of those official launches of new iPhone models, which break the internet.

I read Apple’s climate pledge and among all the statements, some of which look to me like ‘greenwash’ was a ridiculous pledge that a robot named ‘Dave’ would help recycle iPhones.

This got me thinking some surreal thoughts.

The Belgian surrealist artist Rene Magritte once said: “The mind loves the unknown. It loves images whose meaning is unknown since the meaning of the mind itself is unknown.”

This to me sums up the idea that by giving a robot a name, the followers of Apple will instantly hit their keyboards saying how wonderful the company is. After all, it has got a robot recycling iPhones – what’s not to like?

In its ‘2020 Environmental Progress Report’, Apple details its plans to reduce emissions by 75% by 2030 while developing ‘innovative’ carbon removal solutions for the remaining 25% of its footprint.

For example, the company pledged to invest in forests, degraded savannas in Kenya, and a vital mangrove ecosystem in Colombia to remove carbon from the atmosphere.

It explains mangroves not only protect the coasts and help support the livelihood of communities where they grow, but they also can store up to 10 times more carbon than forests on land.

But is this solution the right one? No one on the web would even stop to think if there was another option. Because once more the PR around Apple does its work for it. ‘We’ believe Apple, because its brand is followed by a ‘cult-like’ audience, who will rarely stop to question what it says.

While I am sure it is not the first time an article has looked to uncover the secret magic behind Apple’s appeal. It is extraordinary how willing we are to be volunteers in embracing any of Apple company’s messages. Whether it’s about a new phone or its sustainability credentials.

No, rest assured you are not alone in this.

I do it too. I didn’t spend even a second in deliberating before I clicked on the press release to read more about Apple’s pledge.

David Attenborough and Greta Thunberg are cited as an inspiration for many. Amazon Founder Jeff Bezos is giving back through a £10 billion Earth fund.

Blackrock, the world’s largest asset manager, which manages approximately $7 trillion (£5.3tn) on behalf of investors has put almost 200 companies ‘on watch’ due to their failure to fully take into account climate risks.

Goldman Sachs announced earlier it will spend $750 billion (£578bn) to fight climate change by 2030 and by the end of the year, JP Morgan estimates that £35.2 trillion may be in ESG funds worldwide.

The new breed of fund managers acknowledges that big players in the oil, pharma or other industries can produce solutions to pollution and other challenges.

So all the big corporations are signing up to ‘climate pledges’.

So why the fuss and the retweets over Apple?

For a long time now, Apple has proved how efficiently it functions as an unstoppable, unbeatable, digital influence machine. It can create insane desire for products we never thought we needed, yet we can’t now live without. From iPods to phones to tablets to watches.

The growing sophistication of targeted advertising has tuned a massive army of advocates to share and retweet everything the tech giant says.

Everything feels right if you have a photo or video of a recent announcement from Apple and share it. After all its a brand we all want to follow…right?

Sometimes I try to think if there is any plausible way to understand why we find ourselves sometimes so attached to brands.

Are we all e-working for the press and marketing departments of Apple or we just need to follow the crowd in order not to feel isolated?

Believe the message
According to the latest Forbes 2020 report about the world’s largest public companies, Apple is the only tech company in the world to make it to the top ten, gaining the second’s biggest market share of these companies in 2019, amounting to $1,285.6 billion (£1bn).

According to a report by the environmental consultant Natural Capital Partners, almost a quarter of the world’s top corporations have commitments for credible climate action by 2030.

This represents a nearly four-fold increase since the Paris Agreement was signed in 2015.

What is driving this? For sure, commercial incentives as companies are meeting increasing demands from consumers, shareholders and employees for demonstrable action on climate change.

Every day there are thousands of companies who do their part in the climate emergency situation we are – they are trying to make their voice heard about their climate targets.

They would love to have even a tiny portion of this social support that Apple gathered in a few seconds.

Brands have become more confident that they can change the world.

A recent survey by the sustainability strategy analysts Futerra, of more than 1,000 customers in the US and the UK, found 88% of consumers want brands to help them live sustainably. And this is where every brand, every business, big, small, medium tries to capitalise on and influence.

With times rapidly changing, what is required for brands to succeed is changing too.

And yes, the size matters.

The media exposure of your sustainability goals seems to be in linear relation to the size of the company.

Look at the latest figures from Forbes 2019 ranking for the world’s most valuable brands.

For September 2019, Apple’s iPhone achieved the highest uplift in ad awareness of any brand in the UK, according to YouGov BrandIndex data.

But is this enough to solve the global issue of climate change?

Perhaps, perhaps not. But the fact is if Apple is committed to changing things for the better, it should in my view, leverage it’s popularity to make us all rethink our attitudes.

The question is will that stop me from getting my next Apple upgrade? Will it stop you?

If you enjoyed this story you can sign up to our weekly email for Energy Live News – and if you’re interested in hearing more about the journey to net zero by 2050, you can also sign up to the future Net Zero newsletter.