The 8.2MW system is also expected to reduce CO2 emissions by more than 27,000 tonnes every year 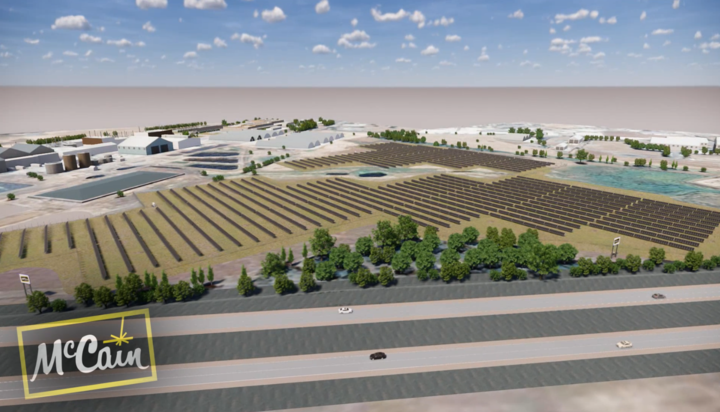 One of the world’s largest manufacturers of frozen potato products, McCain Foods, has announced it has commenced construction on a renewable energy system, which is expected to cut the grid electricity consumption of its food processing facility in Australia by almost 40%.

The 8.2MW system is also expected to reduce emissions by more than 27,000 tonnes every year.

The project comprises a 17,000-panel ground mount, a car park solar array and an anaerobic digester, which utilises biogas produced by food waste to generate energy – together, the two systems will also reduce the site’s reliance on natural gas by 16%.

The solar power will also provide three electric charging ports for the vehicles of the company.

McCain Foods’ Regional President Australia, New Zealand, South Africa, India and China, Louis Wolthers, said: “Globally, McCain Foods is committed to reducing our carbon dioxide emissions by 50% by 2030, ceasing any reliance on coal by 2025 and having 100% of our plants powered by renewable electricity by 2030.

“This project makes a significant contribution to this target.”