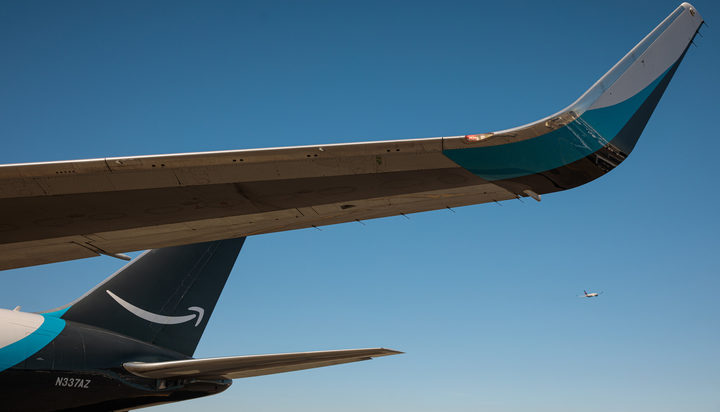 Amazon will soon see its air cargo operations fly at more sustainable heights after a deal which secured millions of gallons of green aviation fuel.

The retail giant has announced it has bought six million gallons of sustainable aviation fuel (SAF), to be supplied by Shell‘s subsidiary Shell Aviation and produced by North American supplier of biofuels World Energy.

The firm, which has previously trialled the use of the fuel on two flights originating from Washington, to Arizona and Connecticut, says the new oil made from agricultural waste could reduce carbon emissions by up to 20%.

“We’re already reducing carbon across our air network, from our ground operations where we were the first to use electric main deck loaders in North America to our fleet and network design.

“Using sustainable aviation fuel is a natural next step and one that calls for continued action. We encourage other companies to join us in the effort to engage with suppliers to create more fuel alternatives.”