Amazon has announced plans to build what it claims to be the ‘first net zero carbon arena in the world’.

The new stadium will be called the ‘Climate Pledge Arena’ with net zero events being held at its facilities.

The tech giant has partnered with the American investment company Oak View Group and the National Hockey League Players’ Association, NHL Seattle to build a stadium, which will have all-electric operations and will be powered with 100% renewable electricity, both from on-site solar panels and off-site renewable energy.

The arena will also use recycled rainwater to create the ‘greenest’ ice for the NHL hockey games.

This will be achieved through investments in forestry projects. 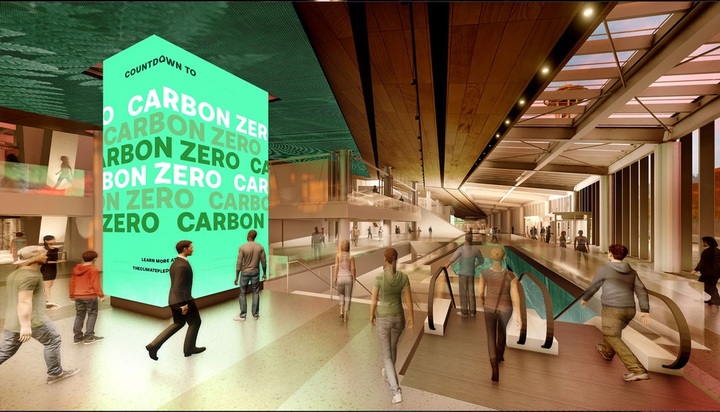 Environmental organisations such as the Nature Conservancy will benefit from this funding in order to sequester the remaining carbon dioxide emissions from arena operations.

All events at the new ‘green venue’ are also expected to be ‘zero waste’ and a minimum of 95% of all arena waste will be diverted from landfills.

The original 44-million-pound roof from the existing arena will be reused in construction to reduce the embodied carbon of the building.

At least 75% of the arena’s food programme will be sourced locally to support regional farmers and producers and all unused food from events will be donated to local community food programmes.

Jeff Bezos, Amazon founder and CEO, said: “We’ve secured naming rights to the historic arena previously known as KeyArena. Instead of naming it after Amazon, we’re calling it Climate Pledge Arena as a regular reminder of the importance of fighting climate change.”

Tim Leiweke, CEO, Oak View Group, commented: “Our goal is to be the most progressive, responsible, and sustainable venue in the world. It is not just about one arena—it’s a platform for us to step up and heal our planet.”