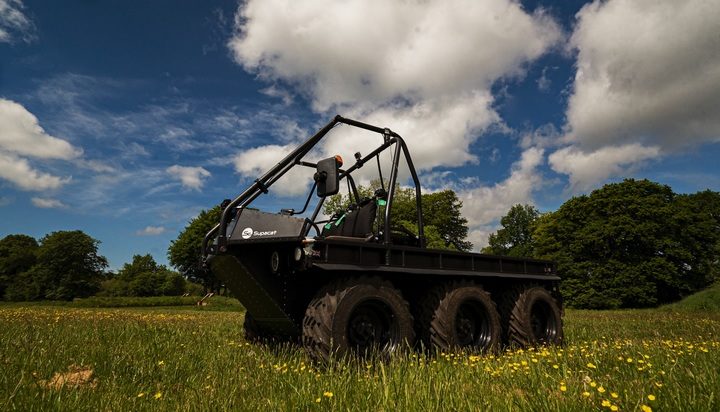 Engineering experts from the University of Exeter have collaborated with British designer and developer of defence vehicles Supacat to develop an electric version of a military vehicle.

The vehicle is a hybrid electric-powered version of the All-Terrain Mobility Platform (ATMP), which has been used by regular and special operations forces in combat zones across the world.

Called the H-ATMP, the new vehicle has six electric motors instead of a traditional diesel engine.

The vehicle can be used as a power hub for field hospitals and it is able to drive itself on highly complex terrains through an autonomous system.

Chris Smith, Professor at the University of Exeter, said: “The H-ATMP has to be able to cover the most intimidating and adverse terrain while drawing artillery and carrying troops around the battlefield.

“While it may seem that the technology is similar to electric SUV vehicles we see on the road, the reality is that is the H-ATMP will conquer rough terrain that would leave the best 4×4 stuck in the mud.”

Steve Austen, Engineering Director and Chief Engineer of SC Group, commented: “The knowledge which has been gained and distributed throughout the project partners is invaluable, resulting in significant additional revenue in the life of the project and high confidence of sustained additional revenue for the company in this sector over the next few years.”