Putting wind in the sails of a green recovery

Wind power is a keystone of the greenprint for a net zero future, according to SSE Business Energy 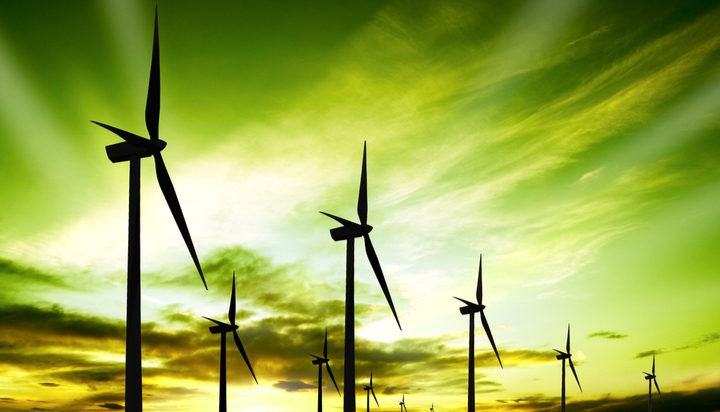 SSE has joined a host of other businesses in calling on the government to deliver a coronavirus recovery plan that builds back a more inclusive, stronger and resilient UK economy.

It follows the publication of SSE’s own greenprint for recovery, which includes a five-point action plan to the UK Government to meet the twin objectives of helping the economy rebound whilst taking climate action to meet net zero targets.

The recent economic downturn caused by the coronavirus outbreak has resulted in a fall in carbon dioxide emissions, but for all the wrong reasons. This will likely be short-lived as global economies seek to rebuild themselves as we begin exiting this crisis. That’s why it’s important we continue to make the investments we need in new low carbon infrastructure and why we should maintain focus on the UK’s net zero target.

There’s no shortage of ambition towards the UK’s goal of meeting net zero by 2050. In 2019, a year in which record-breaking low offshore wind strike prices were secured in the last CfD auction, the UK and Scottish governments both legislated for net zero targets. Recognising the role offshore wind will play, the UK Government set out an ambition of 40GW of offshore wind by 2030 in its General Election Manifesto. And SSE committed to treble its own renewable energy output by 2030, developing and building enough renewable generation to produce 30TWh of green electricity a year.

Global Wind Day (15 June) is an apt time to discuss how wind can power us beyond Covid-19 into a carbon-neutral future. A priority area for the UK to focus on is committing to a net zero power sector by 2040, as noted in SSE’s greenprint. Offshore wind will be the backbone of the UK’s net zero energy system, but vital enabling actions are needed if we are to meet this target. If we fail to remove the barriers to deployment now, we risk failing to achieve 40GW of offshore wind by 2030 and in turn our over-riding net zero 2050 target.

Contrary to the position of just a few years ago, it’s not the cost of offshore wind that’s the issue, but rather the significant barriers to deployment, many of which are increasing. These range from consenting challenges, to grid and aviation radar issues, as well as reform of electricity market design.

That’s why SSE has also published an offshore wind roadmap setting out the nine key issues which it believes governments, regulators and statutory bodies need to work collaboratively with the industry to address. The high-level paper sets out an achievable action plan that will see the UK overcoming current barriers and setting the country on a course to delivering the offshore wind revolution required.

Put simply, if there’s no imminent progress on these issues, it will not be possible to achieve 40GW of offshore wind by 2030 or beyond, let alone targeting at least 75GW by 2050. This requires a step-change in approach by all involved, but the good news is that the Offshore Wind Sector Deal provides a strong basis for building upon.

In addition, SSE’s greenprint proposes a green fiscal rule, based on a robust carbon price trajectory that drives negative emissions. It suggests building on market successes such as Contracts for Difference (CfDs) to attract more low-cost investment in new and repowered renewables, life extensions and storage.

Policymaking along these lines is key to making renewable power, energy optimisation and other net zero solutions accessible to every business. To democratise green for businesses of all sizes, SSE Business Energy believes collaboration is vital, and seeks to discuss customers’ thoughts on how they would want a supplier to help them on the journey to net zero.

Working together as a set of partners – governments, regulators, statutory bodies and industry – we can chart a course to combat the continuing climate crisis as a win-win way of kickstarting the economy.