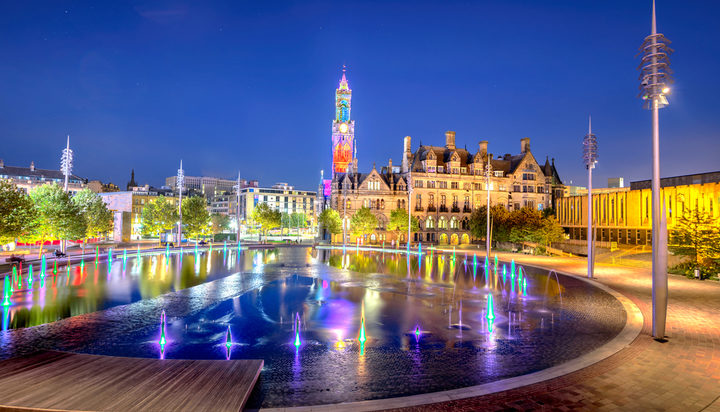 Bradford Council will cut its lighting power consumption by 65%, with a £2m investment in LEDs.

More than 59,000 lights and 17,000 lampposts will be upgraded to LEDs. The project is expected to reduce carbon emissions by 6,000 tonnes every year, saving taxpayers an estimated £189 million over 50 years.

The new, energy-efficient, LED lights will be controlled by a CMS (Central Management System) which will allow remote control of illumination levels.

Alex Ross-Shaw, Executive Member for Regeneration, Planning and Transport from Bradford Council, said: “The programme represents a major investment in one of the biggest assets of the Council, our 59,000 street lighting columns.”

The work is expected to support Bradford’s transition to net zero and play a significant role in the council’s ‘Climate Change Action’ plan launched in February 2020.