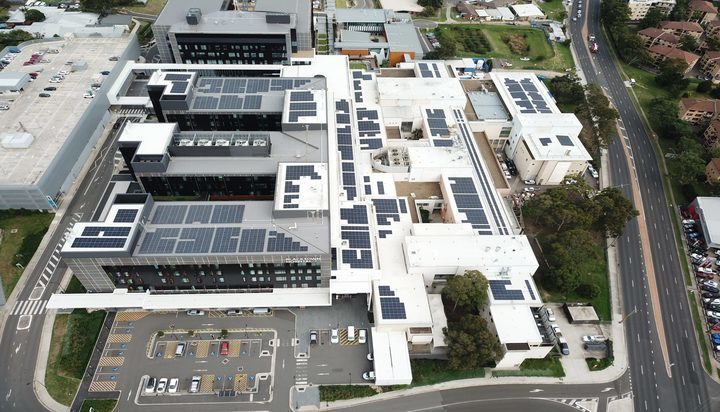 Blacktown Hospital in New South Wales, Australia has partnered with Todae Solar to have a new 760KW solar rooftop system installed during the coronavirus pandemic.

The hospital’s new solar project is expected to have an annual output of more than 1GWh, equivalent to removing 737 metric tonnes of carbon dioxide emissions from the atmosphere.

It is estimated the hospital will save around 11% of its annual electricity bill, which roughly equates to cost savings of AUD$194,000 (£102,600) per year on electricity bills.

The company says: “This was a particularly challenging installation because it had to be finished during the early stages of the pandemic and like most hospitals, the buildings run 24-hour operations.

“This meant specific health and safety measures had to be in place. Crane lifts had to be performed at 4AM, while the full shutdown had to occur at 1AM in order to ensure minimal disruption to the hospital.”