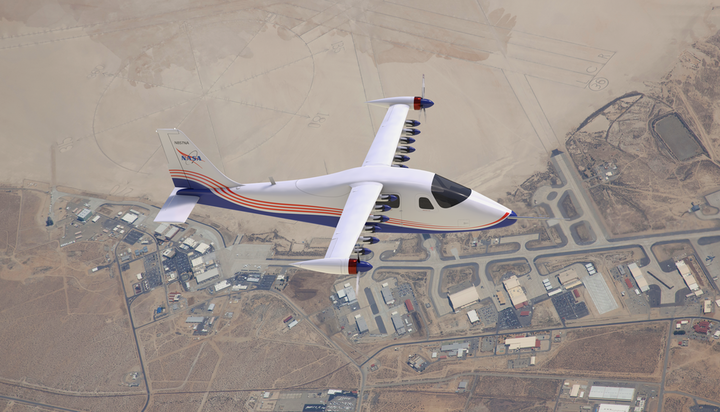 NASA has revelead new images of its first all-electric X-Plane, the X-57 Maxwell, which has been under development since 2016.

The X-57, NASA’s ‘first piloted X-plane in two decades’, features a skinny wing, designed to boost efficiency by reducing drag in flight and electric cruise motors with five-foot diameter propellers on the wingtips to recover energy that would otherwise be lost to wingtip vortices.

The aircraft is equipped with 12 additional electric motors, 12 small high-lift motors with foldable propellers for takeoff and landing, plus two bigger cruise motors at the wingtips, distributed along the wings.

It says electric aircraft presents a wide array of potential benefits to aviation, including increased efficiency, reduced or eliminated in-flight carbon emissions and flight that is quieter for communities on the ground.

NASA says: “The design goal is a 500% improvement in efficiency over the baseline aircraft, zero in-flight carbon emissions and flight that is much quieter for communities on the ground.”