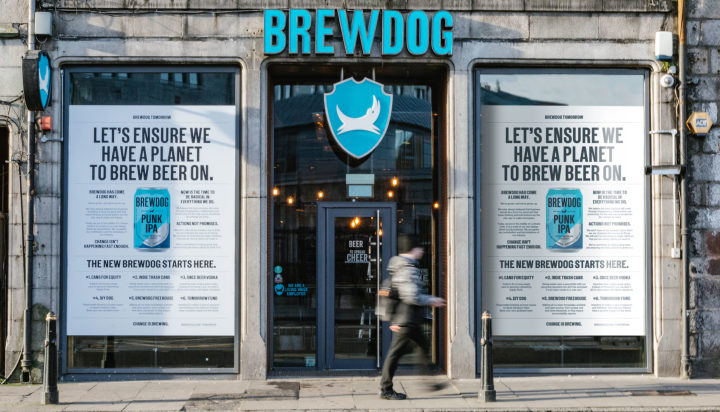 Craft beer brewer BrewDog has announced a raft of new sustainability measures, including a scheme allowing customers to trade in old cans and exchange them for an equity stake in the firm.

The company says its new sustainability strategy aims to ensure it has “a planet to make beer for in the future” – as well as inviting people to trade in 50 empty beer cans and become a ‘BrewDog Equity Punk’, it will also now refill old cans from any brand with craft beer to give them “a new lease of life” as part of a drive towards a more circular economy.

It has also promised to not waste any beer, even if it doesn’t meet up to its own production standards – instead, this beer will be distilled into vodka to reduce wastage.

The brand also aims to encourage “responsible brewing at home” with its DIY brew-kits to help reduce emissions and air pollution associated with transportation.

Co-Founder James Watt added: “BrewDog may have grown up a bit, but our underdog spirit is as alive as ever. We want to make sure that we’re working to inspire a new kind of business, with sustainability at its core.

“Real change takes time. But just because change doesn’t happen overnight, doesn’t mean it can’t – if not now when?”