In 2017, land use such as agriculture, forestry and peatland made up 12% of total UK greenhouse gas emissions – the CCC suggests this figure can be cut by two-thirds by 2050 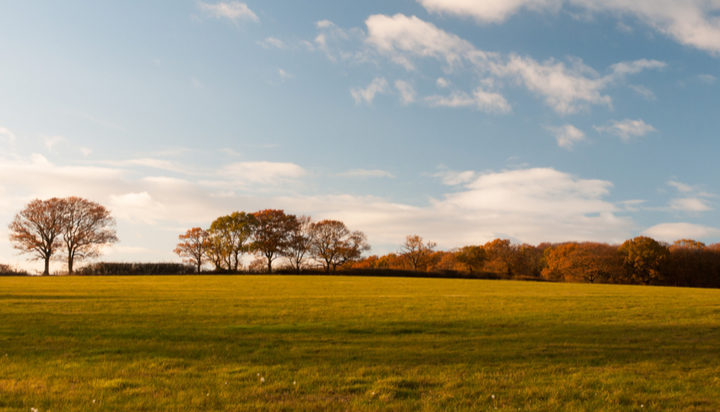 In order to reach net zero emissions by 2050, the UK must significantly change the way it uses and manages land.

Such is the verdict from the Committee on Climate Change (CCC) in a new report focusing on the nation’s agricultural policies, in which it says the government must now confront the “rapid changes” that are needed to drive decarbonisation while supporting the economy.

In 2017, land use such as agriculture, forestry and peatland made up 12% of total UK greenhouse gas emissions – the CCC suggests this figure can be cut by two-thirds over the next three decades, down to around 21 million tonnes of carbon dioxide equivalent, which it says would provide net benefits for the UK and leave national landscapes more resilient to the threat of climate change.

The CCC claims this could be achieved without producing less food in the UK or increasing imports from elsewhere.

It calls for tree planting to be increased in order to drive forest cover from 13% to at least 17% – this would require up to 120 million new broadleaf and conifer trees to be planted each year.

The report also says the government must encourage low carbon farming practices such as greener fertilisers, should restore at least 50% of upland peatlands and 25% of lowland peatlands and will need to expand UK bioenergy crops to around 23,000 hectares each year.

It also proposes strengthening the regulatory baseline to reduce on-farm emissions and using new legislation to further regulate agricultural emissions, such as implementing a ban on “damaging” practices such as rotational peatland burning.

The report notes a new market-based measure to promote tree planting should be funded by a levy on greenhouse gas-emitting industries like aviation but must not be used as a way to offset other emissions and says the public must reduce food waste and consumption of emissions-intensive foods.

It states public funding should be used to incentivise greener farming practices and adds support schemes to strengthen skills, train for low carbon farming and raise awareness of sustainable land management must be set up.

Lord Deben, Chairman of the CCC, said: “Changing the way we use our land is critical to delivering the UK’s Net Zero target. The options we are proposing would see farmers and land managers – the stewards of the land – delivering actions to reduce emissions.

“Doing so can provide new revenue opportunities for farmers, better air quality and improved biodiversity and more green spaces for us all to enjoy. But major changes are required and action from government is needed quickly if we are to reap the rewards.”