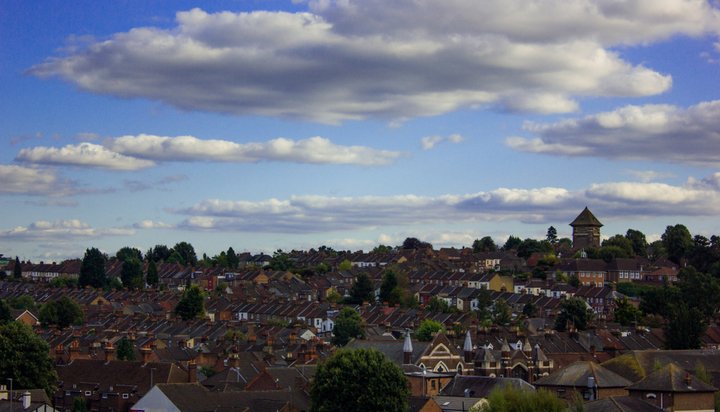 The new research shows that although Luton’s air pollution is as expected for its population, the town’s compactness limits dispersal of emissions, meaning it drops to last place among UK towns and cities.

At the other end of the scale, Milton Keynes and Stoke on Trent fare much better than expected with average-to-poor emissions of air pollution mitigated substantially by better dispersal of pollution into less compact city spaces.

The new study was conducted by the Birmingham Institute for Forest Research and Lancaster University’s Environment Centre. It was published in Environmental Research Letters.

Lead author Prof Rob MacKenzie from the Birmingham Institute of Forest Research explains: “What we’re interested in is not just how much pollution is produced, but how much is in the air. Our new study shows how effective the particular urban form of a city, its layout and the types of building, is in dispersing the pollution.”

The study looked at a range of air pollutants but focused on traffic-generated nitrogen oxides, which are a major health concern in cities.

Prof MacKenzie added: “Milton Keynes is at the top of our list, doing much better than we would expect with the biggest gap between the amount of pollution produced and the concentrations in the air we breathe. The town’s middling rank for emissions reflects personal transport choices and the town’s traffic management; it’s much better-than-expected performance for concentrations reflects the way the city is laid out, with its distinctive mix of grids and roundabouts, and the inclusion of parks and green spaces, which all contribute to this overall effect.”

It’s hope that the analysis will help planners make decisions that find the right balance between spreading out urban development and providing sufficient green spaces.