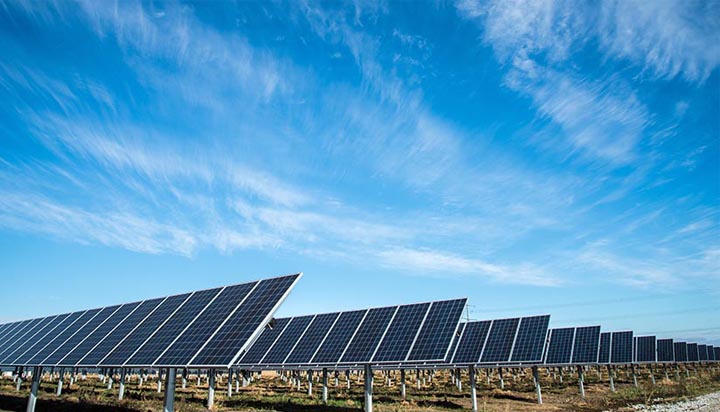 Aviva Renewable Energy covers the insurance needs of renewable energy companies that have operations both in their home and overseas markets in areas including marine project cargo, construction and operation, third party liability and terrorism cover.

The launch of the package is Aviva’s latest initiative to support action to tackle climate change and contribute towards the UK’s 2050 net zero emissions target, following its role as a founding signatory to the Finance Principles of the Powering Past Coal Alliance earlier this year.

Aviva Investors has invested almost £5 billion in green assets on behalf of the insurer and external clients since 2016, which includes £3.1 billion in low carbon infrastructure such as wind farms and solar panels and £1.7 billion in green bonds.

The insurer says 60% of the energy used by its global operations came from renewable sources in 2018 and it has achieved a 60% reduction in carbon emissions globally since 2010, moving towards its ambitious long term target of a 70% reduction by 2030.

Aviva has also installed 20 electric vehicle charging points at eight UK locations and switched 30% of its car fleet to hybrid vehicles, which has helped save more than four tonnes of CO2 emissions equivalent over the last year.

Patrick Tiernan, Managing Director of Commercial Lines, adds: “At the start of 2019, Aviva UK exited the standalone operational fossil fuel power market as part of its commitment to help tackle climate change. We are now taking another important step in our commitment by launching a specialist renewable energy proposition providing insurance solutions for the full lifecycle of renewable energy risks worldwide.

“This is an exciting time for Aviva as we look to support the critical growth ambitions necessary in the renewable energy sector to reduce our reliance on fossil fuels. This is a small step in our sustainability journey as a commercial insurer. We are already working with our largest brokers and clients to ensure we can be their partner of choice as the UK economy prepares for carbon neutrality in 2050.”