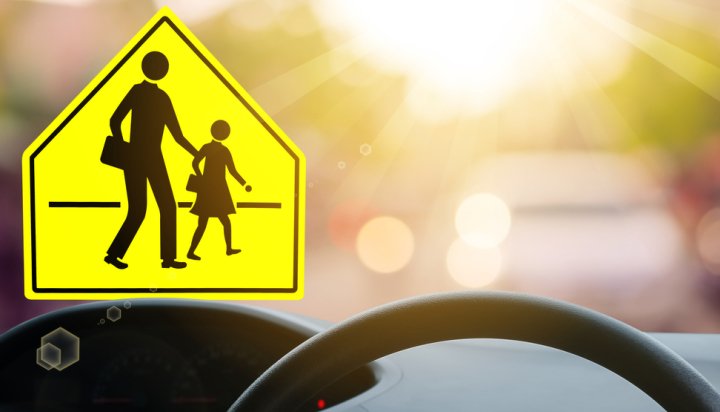 Children are exposed to five times more harmful air pollution during the school run in London than any other time of the day.

That’s according to the world’s largest study of its kind, which also found children who walked to school via back streets were exposed to the lowest levels of pollution.

Funded by London Mayor Sadiq Khan in partnership with C40 Cities, the study monitored air quality exposure of 250 children wearing backpacks with special sensors on their way to school and in the classroom.

The children were from primary schools in Richmond, Greenwich, Haringey, Hammersmith and Fulham and Kensington & Chelsea, with their specialist backpacks measuring fine particulate matter (PM2.5) and nitrogen dioxide (NO2) levels for a week.

The study also revealed the highest concentrations of NO2 and PM2.5 were recorded by pupils walking along main roads and pollution levels were higher in cars and buses than on back streets.

It found parents who drive to school can contribute to high levels of air pollution on back streets as they tend to use these roads for school runs while leaving their car engines idling.

It adds around 31% of children have changed the way they commute to and from school to reduce their exposure, following their participation in the study.

Each participating school has received an ‘air quality audit’ to help them reduce their pupils’ exposure to pollution in and around schools and a grant of £10,000 to help them deliver some measures immediately.

Further action is then expected to be delivered in partnership with the relevant local authority.

Mr Khan said: “Air pollution is a public health crisis and it is shocking that pupils are exposed to such high levels of harmful air. All the schools who took part in this study are using the results to educate pupils and their families on air quality and helping them find the least polluting routes for their journeys.

“We have also provided air quality audits and funding at each school to help deliver urgent pollution reduction measures from installing green ‘barrier’ walls around playgrounds, to working with boroughs on car restrictions around main entrances. I remain committed to doing everything in my power to ensure London children can breathe clean air. “

The study is part of the mayor’s wider support for the Breathe London Network, which uses a range of cutting-edge technology, including Google Street View cars kitted out with air quality sensors that take pollution readings around every 30 metres while travelling through streets in the capital.