The finance from the European Union, Cornwall Council and an institutional investor will allow the first phase of the project to begin 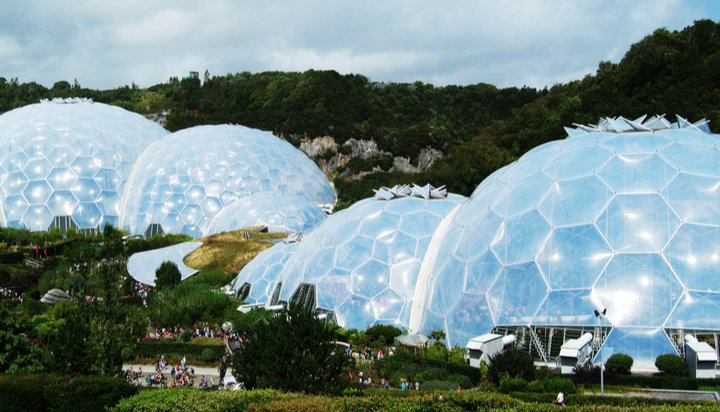 The Eden Project has secured £16.8 million in new funding to develop a geothermal power plant at the site.

The finance from the European Union, Cornwall Council and an institutional investor will allow the first phase of the project to begen – a new company, called Eden Geothermal Ltd, has been established to install the infrastructure needed to harvest heat from subterranean granite.

Geothermal energy works by pumping cold water underground, where it picks up heat from surrounding rock before being pumped back to the surface at a temperature of around 180°C – this hot water then runs through a turbine to make electricity.

It will drill a single 4.5 kilometre-deep well into the rock to produce enough heat for the site’s biomes, offices and greenhouses.

If this proves successful, the organisation aims to drill a second well, which would allow the facility to generate enough renewable electricity and heat to go carbon neutral by 2023.