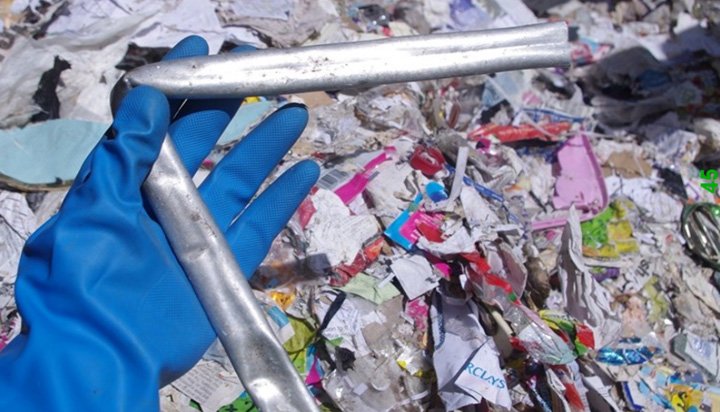 Biffa has been ordered to pay nearly £600,000 for exporting banned and contaminated household waste to China.

The waste management giant was found guilty after a three-week trial in June for sending unsorted household recycling waste, described as waste paper between May and June 2015.

Jurors heard how Biffa had used two brokers to arrange the export to two paper mills in Shenzhen and Guang Dong – the jury did not accept the waste firm’s version of events that consignments leaving its depot in Edmonton four years ago complied with the law because they comprised of waste paper.

The first broker took up a request from a Chinese client in April 2015 to arrange shipment of 5,863 tonnes of mixed waste paper from Biffa. A price of around £350,000 was agreed for this order.

At the same time, Biffa agreed with a second broker to ship 4,992 tonnes of mixed paper in a contract worth almost £290,000. The seven stopped containers were part of these two orders.

The Environment Agency said the waste management giant breached waste exports regulations and was fined £350,000 and ordered to pay costs of £240,000 and a further £9.912 under the Proceeds of Crime Act (POCA).

Malcolm Lythgo, Head of Waste at the Environment Agency, said: “We want all producers and exporters of waste to be responsible and make sure they only export material that can be legally and safely exported for recycling overseas. Illegal waste export blights the lives and environment of those overseas. We continue to treat illegal waste exports as a priority and will not hesitate to take appropriate enforcement action against those found to break the rules.

“Between 2018 and 2019, we prevented the illegal export of 12,690 tonnes of unsuitable waste and are working with the government on a number of measures to tighten controls including increasing monitoring of international waste shipments and charging higher fees to improve compliance.”

Biffa said it “strongly contested” the case and has made an application for leave to appeal the verdict of 20th June 2019.

A spokesperson added: “Due to the lack of reprocessing capacity, the UK and Europe is reliant on the export market for recycled paper and cardboard. This case related to contamination levels in seven containers of mixed paper that were due for export to China over four years ago.

“At that time China was a core market for UK exported materials for recycled paper and cardboard and Biffa was a key supplier to some of the largest, best-invested cardboard mills in China. These mills were all accredited by the EA as being of an equal or higher environmental standard as mills within the UK and Europe and all our materials were regularly inspected by customs in China and by a Chinese Inspectorate regime based in the UK prior to shipping. In addition, all buyers conducted pre-checks before shipping to confirm that the materials were 98.5% pure paper, which was the accepted industry standard.

“Today our core markets for mixed recycled paper are the UK and Europe. We hope to see the EA work together with the industry to develop clearer guidance as to what are the acceptable levels of purity for UK exported mixed paper. We are encouraged by the support we have received from across the industry for our position on this matter.”