Plans submitted for plastics to hydrogen facility in Cheshire 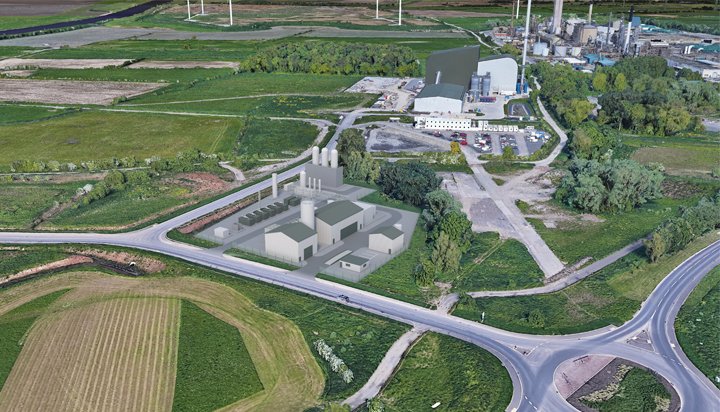 Plans to build a new waste plastic to hydrogen facility at Thornton Science Park in Cheshire have been submitted.

Peel Environmental is working in partnership with Waste2Tricity to deliver the project at its Protos site near Ellesmere Port, which will use an advanced thermal treatment technology developed by Powerhouse Energy, claimed to be the first in the UK.

The companies believe the technology that will be used in the proposed £7 million facility “could transform the way plastics are dealt with in the region”.

It is expected to treat up to 35 tonnes of unrecyclable plastics a day and create a local source of hydrogen that could be used to power road vehicles, helping reduce pollution and improve air quality.

The facility would also generate electricity which could be provided to commercial users via a microgrid at Protos.

More than 100 jobs are expected to be created in the North West during fabrication and construction and 14 full time permanent jobs.

The news comes after the three companies signed an agreement to develop a total of 11 plastic waste to hydrogen facilities in Britain.

John Hall, Managing Director at Waste2Tricity said: “We are excited to have submitted plans for this first plant – the first in a series of developments that have the capability to make the North West a leader in moving towards clean energy and to help in achieving the government’s target of net zero emissions by 2050. With this plant, we are recognising the importance of the low carbon distributed hydrogen economy and importantly, embracing the circular economy.

“This closed loop solution tackles the country’s problem of how to dispose of unrecyclable plastic whilst producing a clean fuel for the future.”