The package consists of 1,600MW of agreements, including 18 new energy deals, which together will boost its worldwide portfolio of wind and solar power by more than 40% 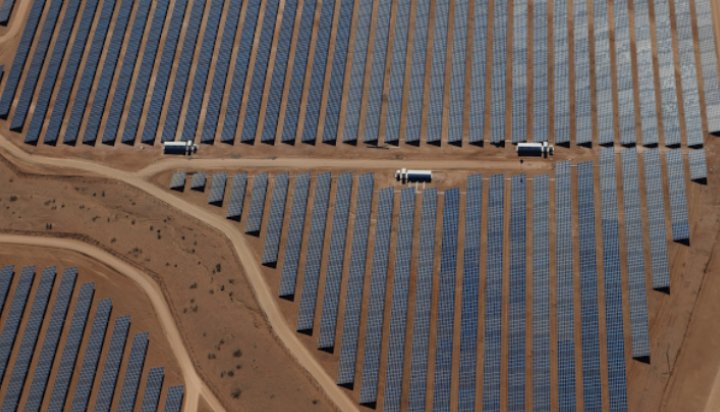 Google has announced it is investing in what is claimed to be the biggest corporate purchase of renewable energy in history.

The package consists of 1,600MW of agreements, including 18 new energy deals, which together will boost its worldwide portfolio of wind and solar power by more than 40%.

That takes the total capacity to 5,500MW, equivalent to the capacity of a million solar rooftops.

Once operational, the projects are expected to produce more electricity than the annual consumption of Washington DC or countries such as Lithuania or Uruguay.

The 18 new deals include investments in the US, Chile and Europe.

Google is buying electricity from 720MW of solar farms in North Carolina, South Carolina and Texas, adding 125MW of renewable capacity to the grid in South America as well as 793MW – or almost half – of the new capacity from Europe, specifically 255MW from Finland, 286MW from Sweden, 92MW from Belgium and 160MW from Denmark.

The deal in Chile marks the first time Google is buying power from a hybrid technology deal that combines solar and wind.

The new agreements will spur the construction of more than $2 billion (£1.6bn) in new energy infrastructure, including millions of solar panels and hundreds of wind turbines across three continents.

Google said: “A cornerstone of our sustainability efforts is our commitment to clean energy. We’ve been a carbon neutral company since 2007. In 2017, we became the first company of our size to match our entire annual electricity consumption with renewable energy (and then we did it again in 2018). As a result, we became the largest corporate buyer of renewable energy in the world.

It has also announced two new grants to provide further support for organisations that expand access to clean energy for all businesses, including flower shops, retailers and start-ups.

It is providing a $500,000 (£399,722) grant to the Renewable Energy Buyers Alliance (REBA) in the US and a €500,000 (£441,285) grant to RE-Source in Europe to fund the development of new purchasing models, provide training and resources for consumers and enable more widespread access to clean power.