Greta Thunberg to sail across Atlantic for UN climate summit 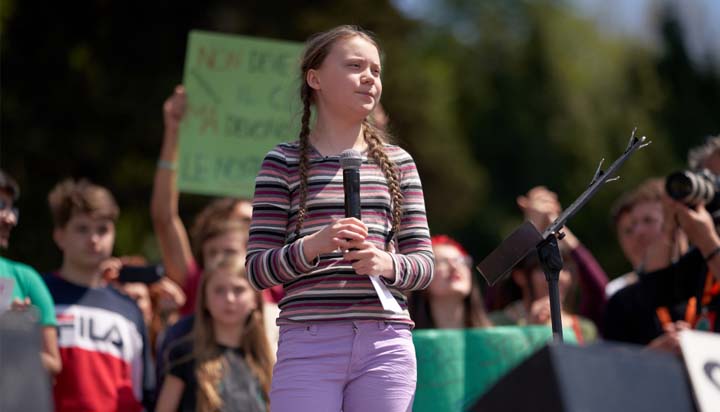 Teen climate activist Greta Thunberg is to cross the Atlantic Ocean in a racing yacht to attend a UN summit instead of flying because of the environmental impact of air travel.

The 16-year old, who has refused to fly because of the high greenhouse gases emitted by aeroplanes, will make the journey to the US aboard the Malizia II, a high-speed, 60ft racing yacht.

The boat has been fitted with solar panels and underwater turbines to generate zero carbon electricity on board.

Ms Thunberg tweeted: “Good news! I’ll be joining the UN Climate Action Summit in New York, COP25 in Santiago and other events along the way.

“I’ve been offered a ride on the 60ft racing boat Malizia II. We’ll be sailing across the Atlantic Ocean from the UK to NYC in mid August.” 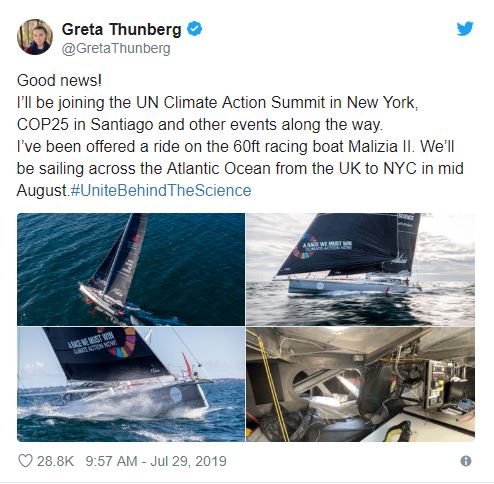 The journey is expected to take about two weeks.

Team Malizia said they have the “great honour and pleasure to sail Greta Thunberg” from the UK to New York.

Pierre Casiraghi, Founder of the team and Co-skipper added: “Greta is an ambassador who delivers a fundamental message both for our society and for the survival of future generations.

“Team Malizia and I are proud to take Greta across the Atlantic in this challenging mode of transport, unfortunately today this is still the only way with out fossil fuel emissions. Hopefully this will change in the near future. I respect Greta’s courage to take on this adventure and fully commit, sacrifice and fight for probably the greatest challenge of humanity.”