José Luis Martínez-Almeida has cancelled the “Madrid Central”, which banned certain petrol and diesel cars from the centre of the Spanish city 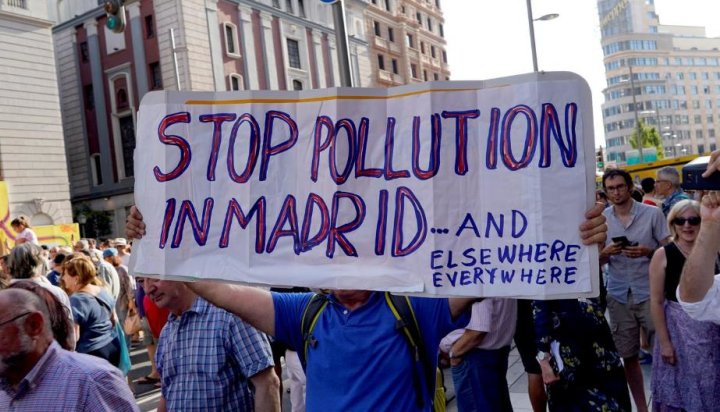 Protests have swept Madrid after the city’s new mayor removed rules and restrictions on polluting cars.

People’s Party Mayor José Luis Martínez-Almeida, who entered the position on the 15th of June, has cancelled the “Madrid Central”, which banned certain petrol and diesel cars from the centre of the Spanish city.

Under the plan, which is similar to London’s Ultra Low Emissions Zone, older and more polluting internal combustion engine cars were prohibited from entering a restricted area of around five square kilometres, risking fines of €90 (£80) if they did so.

Originally introduced last November by the previous left-wing Mayor in a bid to ensure the city complied with EU clean air rules, the restriction has been nullified starting today.

The new mayor has been backed by other parties, including centrist Ciudadanos and the far-right VOX, while thousands of left-wing protesters took to the streets over the weekend to oppose the decision to reverse the green move, which aims to reduce the harmful effects of nitrogen dioxide emissions.

Protestors fear the act will be followed by a wider weakening of environmental regulations in the coming months.