He was speaking at the UN Climate Change Conference (COP24) in Katowice, Poland 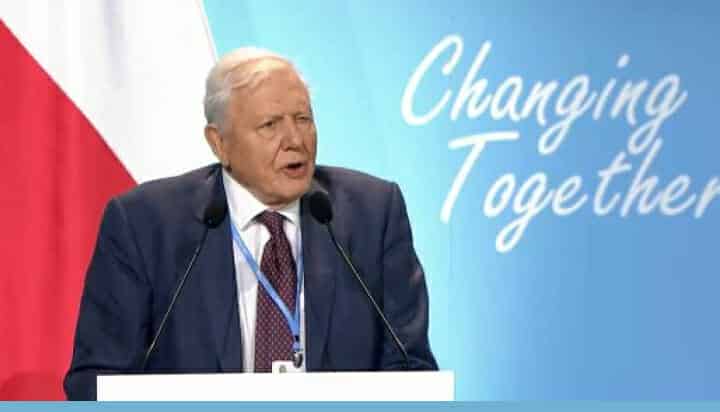 Sir David Attenborough has warned climate change is the “greatest threat” the world is facing in thousands of years.

Speaking at the UN Climate Change Conference (COP24) in Katowice, Poland, the renowned broadcaster added it is a “man-made disaster of global scale” and could lead to the extinction of “much of the natural world” if action isn’t taken.

He said: “Right now, we are are facing a man-made disaster of global scale. Our greatest threat in thousands of years. Climate change.

“If we don’t take action the collapse of our civilisations and the extinction of much of the natural world is on the horizon.”

Sir David also urged people to use the UN’s new ActNow.bot, designed to give people the power and knowledge to take personal action against climate change.

Speaking for ‘The People’s Seat’ initiative – acting as a link between the public and policymakers at COP24, he added: “They want you, the decision makers, to act now. They are behind you, along with civil society represented here today.

“The people have spoken. Leaders of the world, you must lead. The continuation of our civilisations and the natural world upon which we depend, is in your hands.”

Speaking at the conference, UN Secretary-General Antonio Guterres also said the world is in “deep trouble” with climate change.

He added: “This meeting is the most important gathering on climate change since the Paris Agreement was signed. It is hard to overstate the urgency of our situation.

“We need a complete transformation of our global energy economy, as well as how we manage land and forest resources. We need to embrace low carbon, climate-resilient sustainable development… Our job here in Katowice is to finalise the Paris Agreement Work Programme – the rule book for implementation. I remind all Parties that this is a deadline you set for yourselves.”