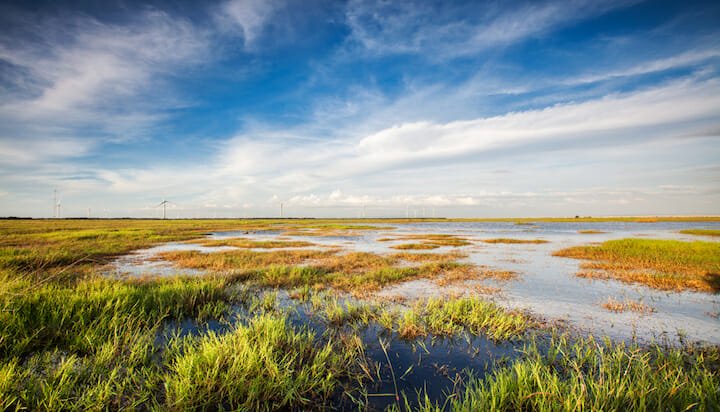 The world’s wetlands are disappearing three times faster than forests, according to new research.

Wetlands, directly or indirectly, provide almost all of the world’s freshwater consumption and are considered among the world’s most economically valuable ecosystems and essential regulators of the global climate.

Peatlands, that account for just 3% of the world’s land surface, store twice as much carbon as forests, playing a vital role in delivering global commitments on climate change, sustainable development and biodiversity.

The study by the first-ever Global Wetland Outlook by the Ramsar Convention, a treaty ratified by 170 countries to protect wetlands and promote their wise use, suggests despite their essential role in global climate regulation, they remain “undervalued” by policymakers in national plans.

The report states the losses have been driven by “megatrends” such as climate change, population increase, urbanisation and changing consumption patterns that have fuelled changes to land and use use and to agriculture.

It also warns the remaining wetlands are under threat due to water drainage, pollution and unsustainable use.

Martha Rojas Urrego, Secretary-General of the Ramsar Convention on Wetlands said: “The Global Wetland Outlook is a wake-up call – not only on the steep rate of loss of the world’s wetlands but also on the critical services they provide. Without them, the global agenda on sustainable development will not be achieved.

“Across the globe, legislative bodies need to integrate wetlands into policy programmes and make investments into their sustainability. We need to educate the world on the critical importance of this most rapidly disappearing ecosystem. Without the world’s wetlands, we all hang in the balance.”