Zero emission vehicles could be given green number plates 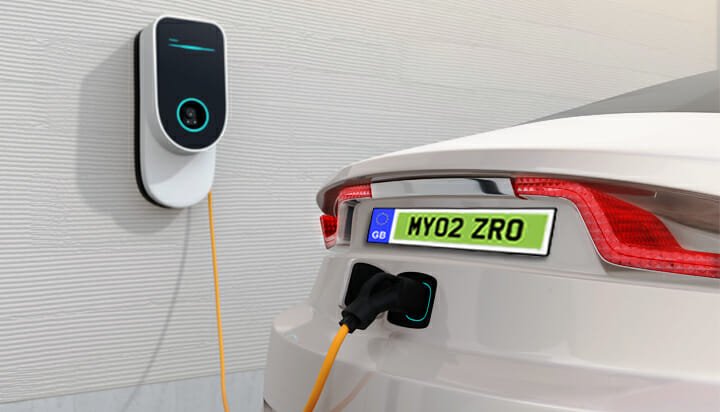 An illustration of what the green licence plate could look like. Image: ELN/DfT

Clean cars, vans and taxis in the UK could be given green number plates under new government plans to promote awareness of ultra-low emission vehicles.

It is seeking views on providing the “badge of honour”, which are already used in countries like Canada, China and Norway for electric and hydrogen cars.

Those vehicles with the special plates would be entitled to drive on bus lanes in addition to low-emission vehicles lanes and ultra-low emission zones.

The consultation, which is due to be launched later this year, will consider potential designs for the plates, which could be entirely green on the front, back or both sides of the vehicle, or a green symbol.

Transport Secretary Chris Grayling said: “This new cleaner, greener transport has the potential to bring with it cleaner air, a better environment and stronger economies for countries around the world.

“Adding a green badge of honour to these new clean vehicles is a brilliant way of helping increase awareness of their growing popularity in the UK and might just encourage people to think about how one could fit into their own travel routine.”

The government has also announced £2 million of funding to boost the uptake of electric delivery bikes.

The announcement comes ahead of the world’s first Zero Emission Vehicle Summit to be held in Birmingham this week.