The European Investment Bank (EIB) is lending €200 million (£177m) for nearly zero-energy buildings (NZEB) in Sweden. Swedish real estate company Vasakronan will use to cash for the construction of […] 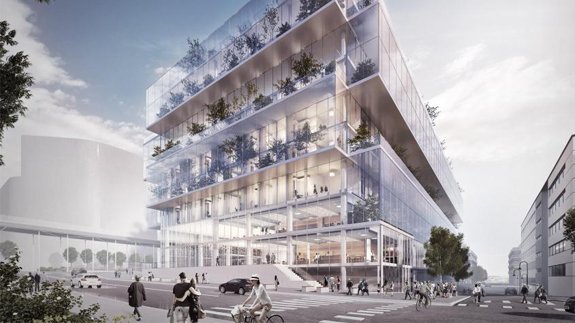 Swedish real estate company Vasakronan will use to cash for the construction of a new NZEB as well as the refurbishment of a building complex in Stockholm to NZEB standards.

The new Platinan block will include office space, hotels and meeting venues.

The buildings are expected to obtain Platinum status under the Leadership in Energy and Environmental Design (LEED) certification system.

Romualdo Massa Bernucci, Director for EIB lending in the Nordic countries said: “We’re proud to support Vasakronan’s initiative because climate action is high on the agenda for the European Investment Bank.

“The EU Directive on the energy performance of buildings means that both residential and office buildings will have to meet challenging standard in the near future. Since buildings are generally responsible for a large part of the CO2 output, making them more energy efficient is an important step in mitigating our environmental footprint in large cities.”