California aims to slash the costs associated with deploying and operating geothermal energy systems. Currently, 6% of the state’s total power comes from the clean energy source, a figure that could be much higher […] 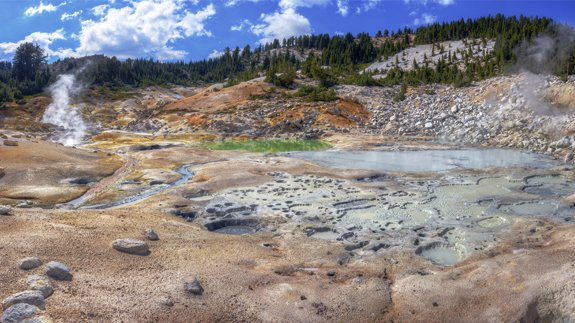 Currently, 6% of the state’s total power comes from the clean energy source, a figure that could be much higher if the processes involved were made more cost effective.

Scientists at the Department of Energy’s Berkeley Laboratory have announced the California Energy Commission will provide $2.7 million (£2.2m) for two new projects to achieve this.

The first project will test deployment of seismic sensor arrays to improve the ability to image where and how fluids are moving underground.

By boosting the current network of 32 sensors up to 100, researchers believe they can massively increase the likelihood of getting a productive well every time one is drilled.

This would allow them to better supplement intermittent renewable energy sources such as wind and solar, which are not available around the clock.

California hopes to exploit its wealth of geothermal resources to help reach its goal of getting half of its electricity from renewables by 2030.