Vodafone billboards are collecting and storing rainwater to help a drought-hit Indian village survive. The five billboards are situated about an hour’s drive away from Pimpri Sandas in the state of Maharashtra and fitted […] 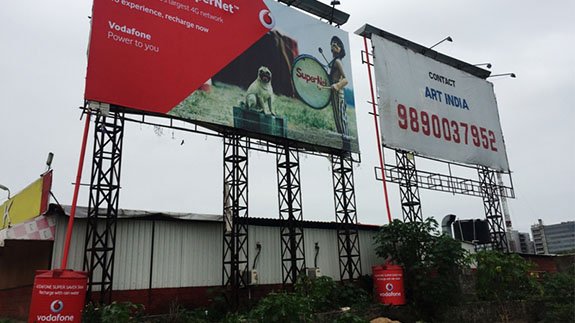 The five billboards are situated about an hour’s drive away from Pimpri Sandas in the state of Maharashtra and fitted with collection devices and storage tanks. When they fill up, a text message is automatically sent to a 24/7 collection team which then picks up the water and takes it to the village.

In the two months since they were erected, Vodafone claims the ‘smart’ billboards are already helping 60 farmers start earning money again after four long years of drought.

Sugarcane and pomegranate farmer, Dada Navsare, receives 2,000 litres of water every day to water his crop. He said: “For four years no crops have grown in this village. I have lost hundreds of thousands of rupees and I’ve had to take out loans with an interest rate of 4% every month.

“I still have an outstanding loan of 250,000 rupees (£2,800) to pay off. The government used to give us water but it was a very small quantity and we didn’t get it every day. We didn’t even have water to drink. This year, since the trucks started delivering water, there have been no losses.”

Vodafone plans to extend the scheme to other areas in need. The company currently funds every stage of the project.